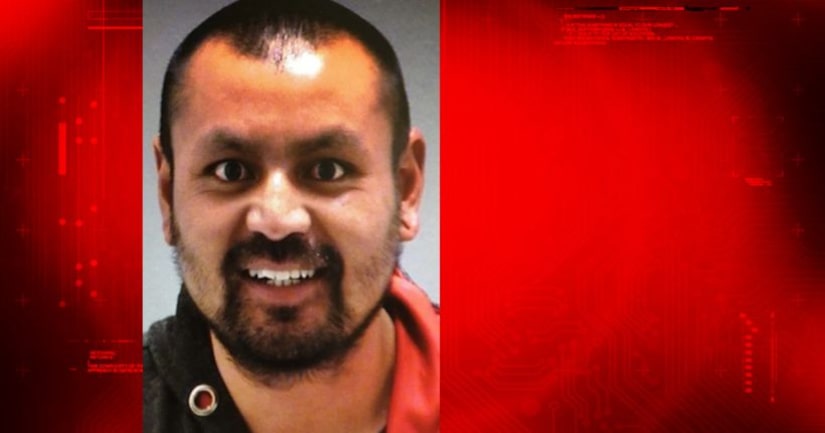 VENTURA COUNTY, Calif. -- (KTLA) -- A 29-year-old man was arrested in Port Hueneme after a patrol officer conducted a traffic stop on his 11-year-old nephew, who was allegedly serving as the uncle's designated driver, police said Wednesday.

The officer first spotted the vehicle mid-afternoon Sunday on the heavily traveled intersection of Surfside Drive and Hueneme Road, and noticed a child behind the wheel of a vehicle making a right hand turn, according to a Port Hueneme Police Department news release.

“The kid obviously did not know how to drive a car. He was making traffic violations, weaving, the speed was erratic," said Port Hueneme police Sgt. Christopher Graham.

After observing multiple violations, the officer pulled the vehicle over; the car was partially off the road when it yielded, the release stated.

Meanwhile, as the officer conducted the traffic stop, the police dispatch center received multiple calls from motorists and witnesses that a child was driving with a man slumped in the vehicle's front passenger seat, according to the release.

Police discovered the driver was 11 years old, and that his uncle -- allegedly intoxicated at the time -- was in the passenger seat. He had apparently been seated on a sweatshirt to help him drive, authorities noted.

“The uncle – someone had to have propped up some clothing for him, which allowed him to reach the pedals and also see over the steering wheel," Graham said.

When asked why he was behind the wheel, the boy initially told the officer that his uncle was teaching him to drive, but he later told police that his uncle "was too drunk to drive," the release stated.

The suspect, identified as Oxnard resident Genoro Lopez, is accused of having an open container of alcohol -- Graham described it as a container of beer -- in his lap and showing signs of intoxication, police said.

After asking the man to get out of the car, police also found what appeared to be a firearm located between his seat and the door, according to the release.

At that point, Lopez was placed in handcuffs. Investigators later determined the firearm to be an imitation one.

Authorities also conducted a records check and discovered a misdemeanor warrant out on Lopez for being an unlicensed driver, according to the release.

He later allegedly admitted to investigators that the boy was driving because he was trying to avoid a drunken driving arrest. A criminal history check revealed that he had a previous DUI arrest this past May, authorities said.

“It's just crazy that he put his nephew and the public in danger, just cause he didn't want to go to jail," Graham said.