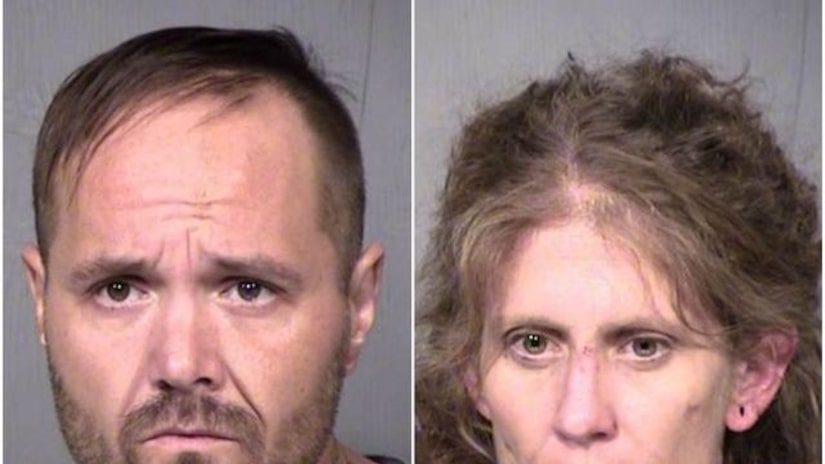 EL MIRAGE, Ariz. -- (KNXV) -- El Mirage police are investigating after a couple was found passed out in their car with their children along with drug needles inside.

On Oct 20, police responded to an apartment complex parking lot near 125th Avenue and Thunderbird Road after receiving a report about two people who were found in their car either sleeping or dead.

The car wasn't running but a 1-year-old boy and 2-year-old girl were also in the car.

Authorities say the driver, 40-year-old Stacy Nicholle Dobbs, remained unconscious even though one child was crawling on her face. Also in the car, passed out was her husband, 39-year-old Gregory Dean Dobbs.

Police questioned the couple after removing them from the car.

Police say two syringes were found in the car — one on the driver's side floorboard and another underneath the passenger side dashboard cover.