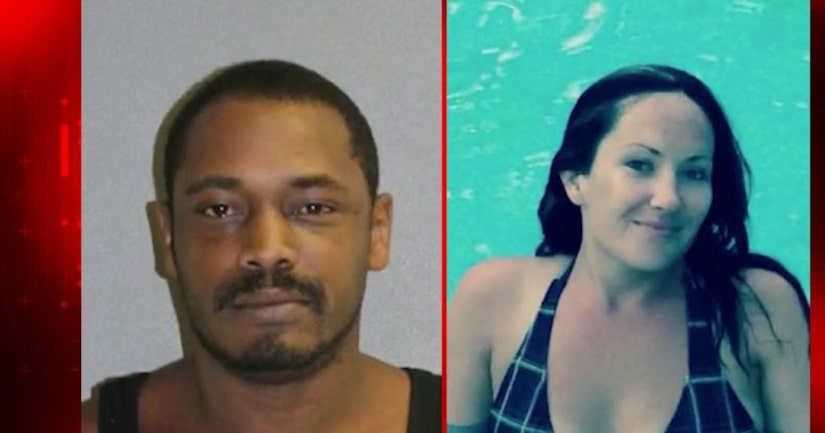 DAYTONA BEACH, Fla. - A convicted felon with a lengthy criminal history is accused of running over a woman with her own vehicle then dumping her body at Derbyshire Park where children later found it, according to Daytona Beach Police Chief Craig Capri.

The body of Jessica Raver, 31, was found near 1000 Vine Street Sunday afternoon. Authorities said at the time that her body had obvious signs of trauma, but did not say how it occurred.

Capri said during a news conference that Donnie Glenn, 32, was arrested Thursday morning when he showed up to court for a hearing on unrelated charges.

He was taken into custody on a violation of probation charge and will soon be charged in connection with Raver's death.

Although the investigation is still active, Capri said the evidence indicates that Glenn ran over Raver with her white Hyundai, killing her. He added that the crime appears to be drug related and that the victim and suspect did know each other, but the exact nature of their relationship is unclear.

“It appears drugs possibly might be involved in this, yes. It doesn't change the fact she was still killed, I mean she's still a victim," Capri said. "Regardless if somebody's on drugs or their socioeconomic status, every victim's treated with respect and dignity and we fight to close that case.”

Raver's vehicle was found abandoned in a ditch before her body was found. Through the course of the investigation, particularly the use of surveillance footage from the nearby Yvonne Scarlett Golden Center, authorities were able to link the vehicle to the crime, officials said.

FULL STORY: Convicted felon accused of killing woman with her own vehicle - WKMG