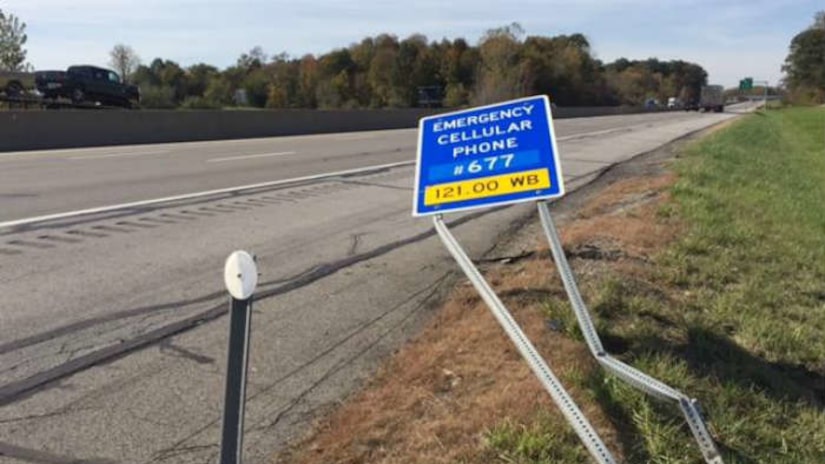 MILAN, Ohio -- (WXIX) -- For the second time this month, a 10-year-old Cleveland boy stole his family's car, leading his parent and the highway patrol on a high speed chase.

According to the Cleveland Police Department, the boy left his mother's home on Hadley Road in Cleveland around 9 a.m. The chase ended at mile marker 121 on the Ohio turnpike - more than 50 miles away -- in Erie County.

"In any pursuit you have to weigh the risk versus reward when chasing a vehicle, and knowing that it was a 10-year-old child involved as a driver there's a big unknown there," said Reeder. "One of the troopers made visual contact eye-to-eye contact with the child and motioned for him to pull over, and the child physically shook his head no and continued driving."

Reeder said that troopers followed the boy, and tried to put stop sticks on the highway to disable the vehicle.

"We were able to put them all the way across the road way, the Ohio Turnpike, three lanes. At that point in time, the child swerved to the right and started driving in the ditch," said Reeder.

Reeder said that the boy driving in the ditch slowed the chase down significantly, but before the boy could get back on the highway and speed up again, an OSHP commander made the decision to hit the back of the car, and several other cruisers blocked the car in and stopped the pursuit.

"When we were able to get him out of the car he was very agitated. He kicked one of the troopers in the shin, he then spit in the face of the same trooper," said Reeder.

The boy was taken to the hospital as a precaution, and will spend at least Thursday night in the Erie county juvenile detention center in Sandusky.

Everyone who spoke to Cleveland 19 emphasized how lucky it was no one was seriously injured.

"It's a 10-year-old child, I have a 10-year-old myself and to look at how well this person drove is just amazing and everyone's so lucky that there was nothing tragic that happened," said Reeder.