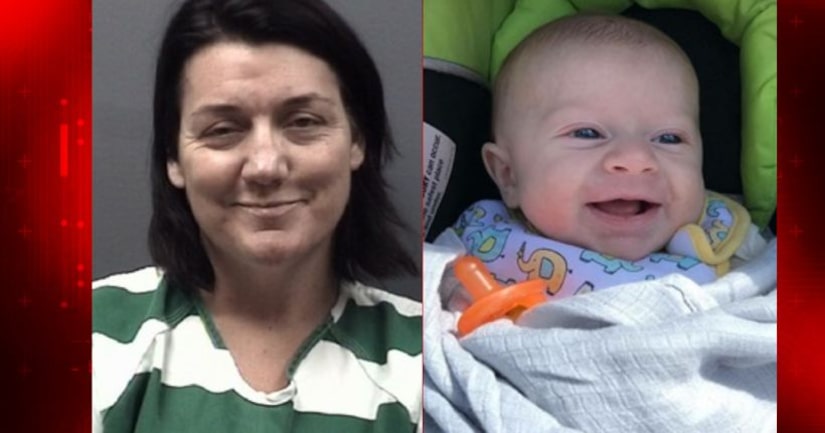 TIPTON, Ind. -- (WXIN) -- A 2-month-old child is dead and a Tipton County woman is behind bars facing neglect charges.

“Every little family thing that we do we always bring up that Connor should be there,” said Connor's mom Meghan Murray.

According to court documents, Jessica Moss placed Connor Clark Collins in a crib face down and left the infant unsupervised. Collins was only 81 days old when his parents dropped him off at Moss's home daycare in Tipton.

May 26 was the last time Connor saw his parents.

“He was so smiley. We miss him so much,” said Murray.

After a 911 call, first responders tried to save his life but it was too late.

“When they got there they found him on the couch with his hands up. There was no administering of CPR or anything,” said Murray.

According to the Tipton County Coroner, Connor's cause of death was positional asphyxia because he was put face down to sleep. Police said Moss was babysitting for 11 kids at her unlicensed daycare the day Connor died, which is why his family believes no one checked on him.

“He had a really heavy fleece blanket on him and his onesie was soiled with urine and his diaper was full of feces,” said Murray.

The Indiana family and social services administration shut the daycare down in August.

“There were all of these signs that we thought she was following these safe practices and she was not,” said Murray.

FOX59 asked to speak to Moss at the Tipton County Jail, she was not interested. But, we did talk to her back in March when she told us she was trying to raise money to support a Tipton County animal shelter.

“What we are asking for right now is their help with reimbursement. I mean this is all coming out of our pockets,” said Moss.