Crime Watch Daily is teaming up with law enforcement as detectives try to track down a suspect that they consider armed and very dangerous.

It was in Idaho where a secret double life was discovered, and deputies say it ended with three dead bodies shot execution-style.

Nadja Medley was a widow, a single mom to 14-year-old daughter Peyton, and best friend of Rebecca Lorenz.

"She was really close with me and my two girls," Rebecca Lorenz tells Crime Watch Daily. "She was a really good friend. I could talk to her about anything and everything. Nadja had gone through a really rough time, she had struggled not only with the loss of her baby, but the loss of her husband as well, and she was pretty down, up until she met Mike."

"It just looked like she was in love," said Rebecca. "She was so happy, she was smiling all the time."

Rebecca says Mike told Nadja he was single and hadn't been in a relationship for 10 years.

Mike took Peyton out in the woods and taught her how to shoot. They even frolicked in the fallen leaves, leg-wrestling like two teenagers, even though Mike was 60 at the time.

Mike lived in a modest house in Ogden not far from Nadja. But weirdly, Rebecca says, the closeness of their homes didn't translate to togetherness in bed.

"Nadja had said that she had spent the night at his house one time," said Rebecca. "I never understood why they never spent the night at each other's house. In my head, he hadn't been in a relationship in over 10 years, so I was just thinking maybe he doesn't want to get into anything too fast."

And then their Nadja asked Mike for help paying the mortgage.

"She had asked him for help maybe two or three times on her mortgage because when her husband passed away nothing was left for her because he was not working," said Rebecca. "And the last time she asked him, like the second or third time, he's like 'Well this is moving too fast, I can't do this.' She had told me that she had seen one of those paychecks and it was $10,000 in one month, and I'm just like 'Geez, pilots make a lot of money,' you know."

Rebecca Lorenz says arguments over money led to a brief separation. She shared some texts from Nadja with Crime Watch Daily.

"... He told me separation wasn't making him feel any better."

"... We really have a hard time being apart at this point."

Nothing could keep these two lovers apart.

"Like two weeks later she announced that he had asked her and Peyton to move to Idaho with him," said Rebecca.

Mike Bullinger bought a farm on the outskirts of Caldwell, Idaho. Nadja was excited.

"When I saw the video of Nadja that she posted at her new place in Idaho, you could hear the happiness in her voice, she was so happy," said Rebecca.

It was an adorable little spread: blue skies and green fields covered with sweet white clover. Nadja's horses and dog would certainly be as happy as she was. It was only five acres with a small farmhouse. But to Nadja it was a palace, and she'd be sharing it with her Prince Charming.

"I remember Nadja telling me, you know, like Mike was going to be the guy she spends the rest of her life with," said Rebecca.

It seemed to be happily ever after, until the day they got a surprise visit from Mike's wife.

Mike Bullinger had just bought a farm in Idaho to share with his girlfriend Nadja Medley and her daughter Peyton, until Cheryl, Mike's current wife, arrived.

She reportedly told friends she wanted to surprise Bullinger. Her unexpected visit apparently blew the lid off her pilot husband's secret double life.

Cheryl had just retired as a teacher, spending most of her career at the Utah Schools for the Deaf and the Blind. It seems that Cheryl too was blindsided by her husband's so-called second family.

Nadja's best friend Rebecca Lorenz wonders, Did Mike have a weird plan to have a plural marriage?

No one really knows every detail of what might have happened in the immediate moments after Cheryl arrived at the farm.

When Nadja dropped off the grid, a worried friend called the Canyon County Idaho Sheriff's Dept. after not hearing from her for about 10 days. Deputies went to the farm for a welfare check on June 19, 2017.

"They determined that something was amiss and then with a little bit further investigation, all of a sudden we have three bodies," said Canyon County Sheriff Kieran Donahue.

Three bodies: Cheryl, Nadja and 14-year-old Peyton, all sprawled on the floor of a shed, each with a single gunshot wound.

What was the condition of the bodies?

"Terrible," said Sheriff Donahue. "Indescribable, because that was at the height of our summer, if you will, it was very warm, very warm outside and the forensic team and all of our teams had a pretty tough time, and that's why it took some time to get the bodies identified."

Who pulled the trigger?

"We strongly believe, we are convinced that it's Mr. Bullinger who committed this crime. He is our number one suspect," said Donahue.

When do they think the women were murdered?

"By our estimates, by the coroner's estimates, roughly 10 days before we became aware of it," said Donahue.

Ten days' head start. Mike Bullinger is a fugitive on the run. But where is he?

"To me the evidence points that he's still here in this country right probably within the West," said Sheriff Donahue.

"In very rugged country, Teton County, Wyoming," said Donahue. "This is really rugged country. I mean as rugged as it gets -- a lot of grizzly bears."

So if the grizzlies haven't gotten him yet, this sheriff in the black hat says he will.

Crime Watch Daily joins the nationwide manhunt for Mike Bullinger. The sheriff takes us inside his command center.

"You start with where the car is, which is at the end of a remote trailhead, and then you just start your search pattern from there and quite frankly you've got to widen that at all times," said Sheriff Donahue.

But it's the five acres of the farm -- the murder scene -- that produced key clues.

"It's just outside the city limits, so it's part of the county, if you will, over the county line, and as you can see there are some areas out here that are open areas. To these people it probably really felt like country because they got five acres to work with, but to someone who's used to the country it's not really country at all," said Donahue.

It's puzzling that nobody nearby heard all these gunshots.

"Believe me, we're puzzled by it," said Sheriff Donahue.

A puzzling crime this tough lawman is trying to piece together.

At the entrance to the farm there's now a makeshift memorial.

The sheriff wants us to show a fresh surveillance image of Gerald Michael "Mike" Bullinger. It was taken after the triple-homicide, and is the only photo that law enforcement has of what Bullinger looks like now. 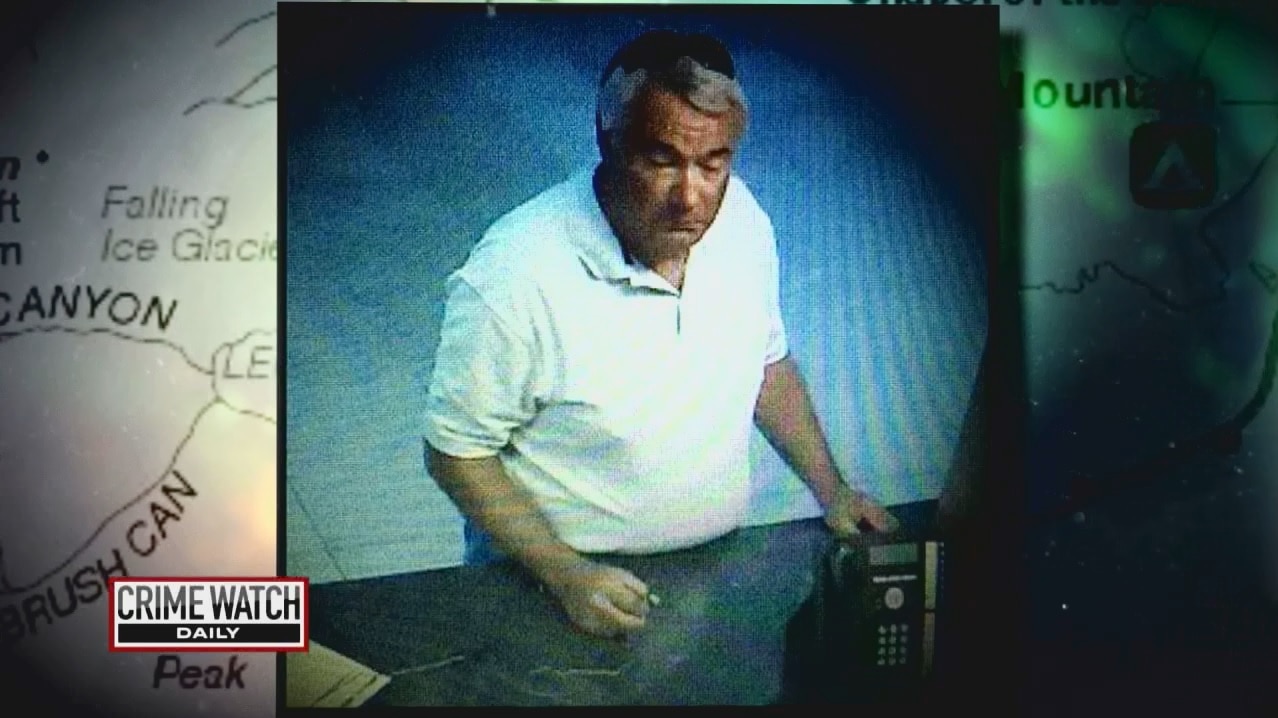 Mike Bullinger stands 6 feet 1 inch tall, weighs about 240 pounds, and has gray hair and brown eyes. If you've seen him or know where he might be, contact the Canyon County Sheriff's Department at (208) 454-7531. Bullinger is considered armed and extremely dangerous.