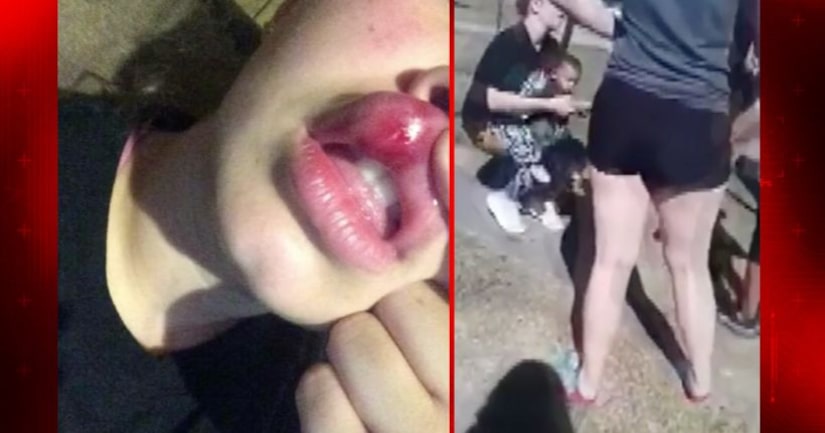 MCCURTAIN COUNTY, Okla. -- (KFOR) -- A juvenile has been arrested after allegedly fighting a woman who was holding a six-month-old baby.

On Oct. 18., a woman who was holding a six-month-old baby was assaulted by two girls in Broken Bow, KSLA reports.

The woman's father uploaded video of the attack on Facebook, which has since gone viral. He said he uploaded the video hoping the police would get involved.

Another video of the attack was also uploaded to YouTube.

The victim, Janie McCoy, told KLSA over the phone that she'd been invited to a friend's home and was swinging with her son at the time. She said three girls then ran toward her and started yelling.

“They said that I said something about somebody wanting to fight somebody that I had no idea what they was talking about,” she said.

She can be seen in the video being struck in the face and knocked to the ground while holding her baby. They then allegedly followed her back to her friend's apartment, hitting her in the back.

Janie said her baby wasn't injured, but she took him to the doctor to make sure he was okay.

One teenage girl was arrested Tuesday and appeared in front of a judge. No other arrests have yet been made.