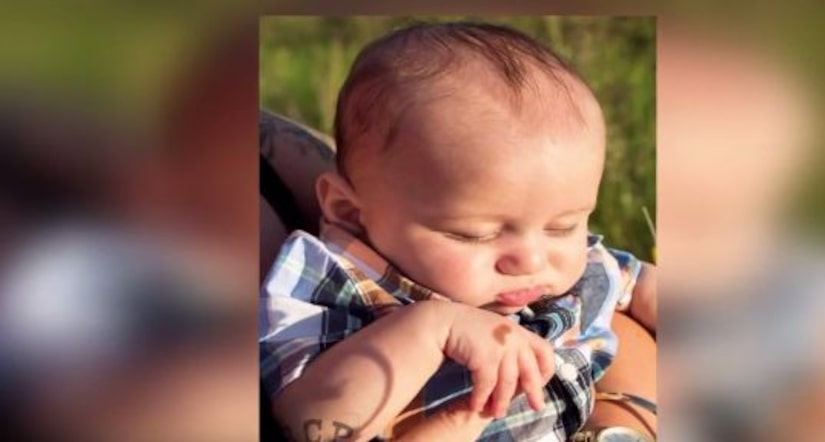 URBANA, ILL. -- (WRSP) -- A Tolono baby is showing signs of improvement after his caregiver allegedly shook and threw him last Friday.

Lailan was placed in a medically induced coma for six days.

Lailan's mom, Jessica Adams, said on Thursday her son opened his eyes for the first time.

“He is my little warrior,” Adams said. “This little boy has been through so much."

The morning started like any other, Lailan's mom snapping pictures of him before dropping him off at the sitter's house.

Adams said the sitter, Michele Reed, had been their regular babysitter for three months.

On Tuesday, Michele Reed was arrested. Tolono Police accused Reed of shaking Lailan and then throwing him down.

"Anyone who has the audacity to or the character to hurt a child…needs to be locked up," Adams said.

She said her son's injuries may change his life forever.

But she won't lose hope.

"He's breathing and moving and smiling and doing what a normal baby should be doing,” Adams said. “He is my warrior and he'll prove everyone wrong," Adams said.