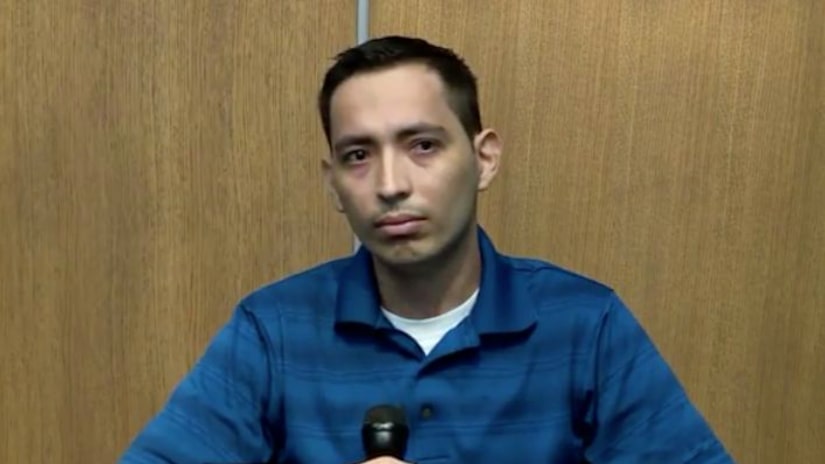 HOUSTON, Tex. -- (KIAH) -- The search continued Monday for three possible suspects who forever changed a southeast Houston father's life after the victim had both his legs amputated as a result of injuries endured during a vicious carjacking over the summer.

Samuel Bonilla, who has a 2-year-old son, was shot at least six times in the left side of his body while being mugged July 21 outside his home at the Green Arbor Apartment Homes on Sabo Road. Investigators said Bonilla's attackers were armed with both a .45 caliber and a 9mm gun.

Bonilla was parking his car at around 11:40 p.m. when an armed man approached him as he was stepping out of the vehicle. Police said the alleged robber fired his weapon without warning, hitting Bonilla, before being joined by two other suspects.

Investigators said the victim managed to get out of his car and tried to run away, but he collapsed a few feet away from the vehicle. That's when police said the trio stole Bonilla's wallet, car keys and cell phone. The men then jumped into the victim's dark gray 2018 Toyota Camry and drove off, officers said.