"I am the real Jason Bourne."

"Kim Kardashian is my baby mama."

Those are just two of the wild new claims reportedly made by Justin Scott Massler, who has posted rambling videos on Youtube. And while these sorts of comments might sound funny at first, artist Lenora Claire is certainly not laughing.

Crime Watch Daily first brought you the story of Lenora Claire, who was living in fear after Justin Massler stalked her for years.

She says it all started very innocently.

"It was 2011, I had just opened up an art gallery, I had gotten a lot of press," said Claire. "I was at the gallery one day and this guy shows up, I kid you not, in a spacesuit, which I thought was kinda funny and strange."

"He comes up to me, we have a little conversation, he tells me that I remind him of 'Leeloo' from The Fifth Element, that I'm a supreme being, and then he looks me in the eye -- and it was just so chilling I'll never forget it -- and he goes 'And I'm gonna stalk you,'" said Claire.

At the time Lenora Claire had no idea she wasn't the only one he had his eye on. In fact Justin Massler had just jumped bail after being arrested for stalking Ivanka Trump.

"What happened was he was arrested in New York for stalking Ivanka, while on bail he hitchhiked to Los Angeles, saw an article about me, was sort of I guess fixated," said Claire. "That's how he found me to begin with."

The very next day Massler was arrested again and extradited to New York. The diagnosed schizophrenic pleaded guilty to aggravated harassment in the Trump case and spent six months in jail.

But that certainly didn't stop him.

"It was maybe like a week or 10 days after, these letters just started showing up," said Claire. "Eventually it escalated to where he would tweet at me he needed to kidnap me. I wasn't like it at first but he needed to harness me my special abilities, my powers, so that he could fight ISIS and that'd be good of everybody. I have literally thousands of emails, tweets, and he has entire blogs dedicated to stalking and raping me. I've just had enough. I thought it would stop. I thought he would be medicated and it would be OK. That's obviously not the case."

"I just want to live my life, and not feel the threat of someone coming to kidnap me, rape me or kill me," said Claire.

And for the moment, it appears "Cloud Starchaser" is now busy chasing down another star.

In the past several months, Massler has reportedly called, sent emails and even showed up at the offices of William Morris Endeavor Entertainment, the Hollywood agency of Kim Kardashian. Court documents detail his violent voicemails left for WME agents:

And in an email he writes:

"Kim Kardashian is trapped unable to speak to me despite my being her baby daddy."

As well as "he is King Messiah. And Jesus Christ, and that everyone is below him and must obey him."

Fearing for their safety, the employees filed for an order of protection against Massler.

As expected, a judge granted that protection order. But getting Massler to follow it could be another issue. When asked if he could show up for his next court hearing, Massler told a lawyer, "I'm Jesus Christ and if I feel like coming, I will." 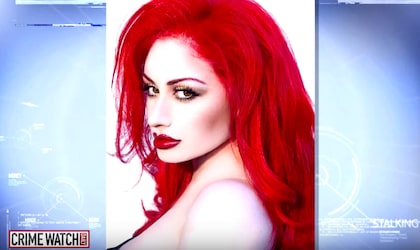 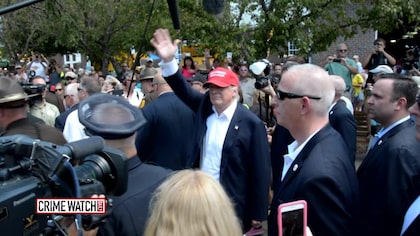