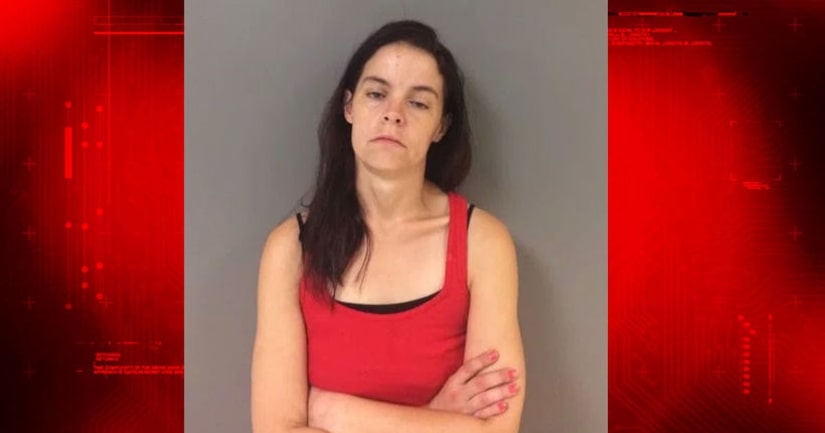 BURNSIDE, La. -- (WGNO) -- A woman who drove a stolen car off the road and into a pond with her eight-year-old daughter unrestrained in the front seat has been arrested after the girl tested positive for cocaine and other drugs.

While investigating a hit-and-run on October 6 just after 9:30 p.m. off Highway 44 in rural Ascension Parish, Louisiana State Troopers found a 2017 Hyundai Sonata submerged in a residential pond.

Troopers determined that the vehicle, which had been abandoned in the pond, had crossed several driveways and crashed through a portable toilet before splashing down in the pond.

It was apparent that the driver of the SUV was wearing a seatbelt, while the passenger was not, according to the LSP.

Drug paraphernalia was found inside the Hyundai, along with items that belonged to 30-year-old Meagen Banai.

When Troopers contacted the owner of the vehicle, it was determined that Banai did not have permission to drive it.

Banai's eight-year-old daughter was injured in the crash, but Banai did not bring her to the hospital.