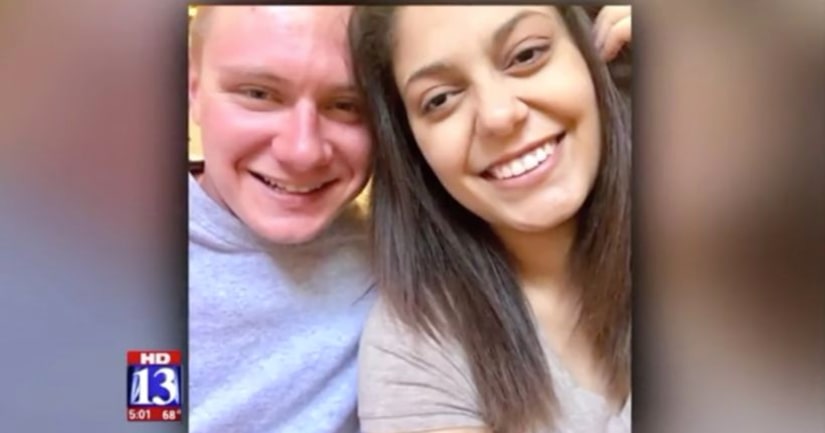 WEST JORDAN, Utah -- (KSTU) -- A Utah couple has been charged with murder and child abuse in the death of a 13-day-old baby, and authorities confirmed Sunday the baby's mother was arrested in Georgia.

According to court documents filed Friday, 26-year-old Maria Elena Sullivan and 21-year-old Dylan James Kitzmiller are charged with one count of first-degree murder and three counts of child abuse as second-degree felonies in the death of Sullivan's infant son.

Sgt. Marianne Kelly of the Cherokee County Sheriff's Office in Georgia confirmed Sunday that Maria Sullivan was arrested without incident. She said Sullivan was seeking treatment at a hospital, where the staff became aware that she was wanted and informed a police officer who works at the hospital part-time.

That officer arrested Sullivan and booked her into jail on a fugitive warrant. Kelly said Sullivan will appear before a judge in Georgia before the question of her extradition to Utah is addressed.

Gill said while they don't suspect Sullivan caused any of the abuse directly, she still faces a murder charge.

"Both of them were charged because the girlfriend indicated that there was a level of abuse that was going on, she was aware of this abuse, and she took no steps to stop this or to take the child to safety," Gill said.

The child was born September 4 with no known health problems, and on September 17 the child was pronounced dead by medical responders in West Jordan where the couple lived with a relative.

Prosecutors allege Kitzmiller was abusing the child regularly and that Sullivan knew about the abuse but did nothing to stop it or to get treatment for the injuries.

On the day of the child's death, Sullivan told police she was on the phone with a friend and speaking about her desire to "get away from Kitzmiller's abuse" of her and her son.

As this call was occurring, the baby was in Kitzmiller's sole care. When Sullivan went downstairs she found the baby wearing only a diaper while Kitzmiller moved the boy's legs "in a rough weird bicycle thing." The man told Sullivan the boy would be fine and to just put him to sleep.

She picked him up and he seemed calmer, but later that night she heard the boy making noises and gasping for air. She pinched the boy to try to get him to respond and said she heard the baby gasp a few more times before the child stopped breathing.

The couple went upstairs to use a relative's phone to call 911. First responders performed CPR but life-saving measures were ultimately unsuccessful.

Charging documents say Sullivan told police that Kitzmiller was rough with the baby, though she continued to leave him in his care. She also said she had learned the man was using heroin daily and said he was verbally abusive toward her.

She said he would abuse the boy, including grabbing him by the shoulder and throwing him in the air, swaddling him face down and on one occasion covering the boy's mouth and noise with his hand as the baby cried. She said he once threw the baby back and forth between his hands and also slapped him in the face and would bite his hands.