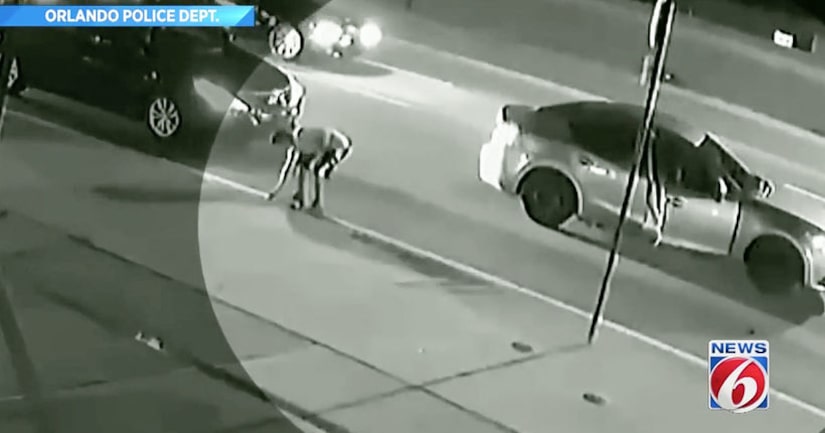 ORLANDO, Fla. -- (WKMG) -- Orlando Police on Thursday released video of a man who they say stole the belongings of a victim who was struck and killed in a pedestrian crash.

Police said the pedestrian was crossing South Semoran Boulevard Sunday when he was struck by a vehicle traveling northbound. The impact of the crash caused several of his belongings to fly onto the sidewalk, police said.

Can you ID? As pedestrian struck on Semoran 10/15 @ 9pm lay in the road & died, this man stole his belongings. Call @Crimeline 800-423-TIPS pic.twitter.com/GLWnZafBWA

Surveillance video from a nearby store shows a car driving by, but it stops and a man gets out in the middle of traffic and grabs something on the sidewalk. Moments later, he gets back in the car and takes off.

Orlando Police said the person took the pedestrian's belongings -- either a wallet or a cellphone.

"We believe this was a horrific act, and it made it difficult for detectives to immediately identify the victim, who died at the scene," an Orlando Police representative said.

The victim's name has not been released.

Anyone with information about the man who took the victim's belongings is urged to call CrimeLine at 800-423-TIPS.