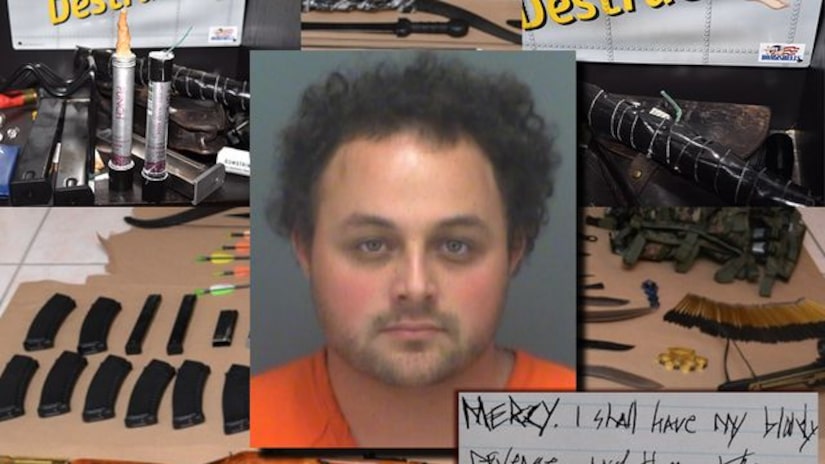 Deputies were serving a search warrant regarding child pornography when they found the devices and made the arrest.

The bomb squad recovered several firearms including an AK-47, a 12-gauge shotgun and a pistol.

Other items found at the home included 15 knives, a bat with nails protruding from it, more than 2,300 rounds of ammunition, three homemade bombs and a homemade silencer.

Investigators said a tragedy may have been averted after they say they found a threatening note that ended with the words, "the world will burn."

"It's clear that he's up to something. What's the triggered event, why? What's the motivation, what's the hatred? Why does he want the world to burn, burn. I don't know. Hopefully we can try to find out," said Pinellas County Sheriff Bob Gualtieri.

Drake lives with his parents, but the firearms and bombs were discovered in a closet in his bedroom that had a combination lock on it.

Drake, who has no criminal background, is now charged with two counts of unlawfully making or possessing a destructive device.

“Randal appears to be as we would refer to as a sleeper,” Gualtieri said during the press conference. “We have no criminal intelligence information on him, he has no criminal history, no background.”

Gualtieri said the man was likely a lone wolf, reminiscent of "what we saw recently in Las Vegas."