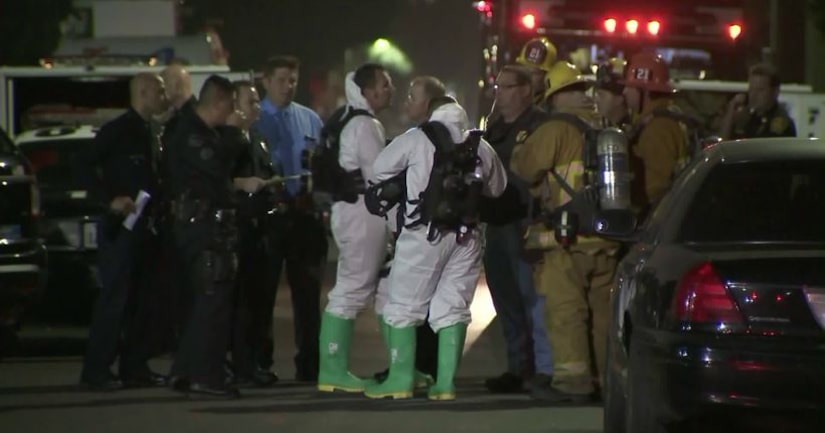 LOS ANGELES -- (KTLA) -- A 2-month-old girl was pronounced dead after she was found naked alongside another young girl and a woman – all of them covered in white powder – behind a market in the Historic South-Central neighborhood of Los Angeles early Thursday morning.

Officers found a 26-year-old woman, an 8-year-old girl, and the 2-month-old down in the parking lot with a white powdery substance around and on their bodies, Rimkunas said.

All three were unclothed, and the baby wasn't breathing.

They were all taken to a local hospital, where the youngest girl was pronounced dead, Rimkunas said. The cause of death is unknown.

A hazmat crew determined the white substance was some type of baby product, police said.

There were no signs of injury on any of the victims, Rimkunas said.

The operator of a nearby liquor store told the Los Angeles Times the trio were seen outside the store on Wednesday night. They were naked and covered in the powder, and the woman was breastfeeding the baby, the store owner said.

Security footage from the store also captured the woman trying to open car doors in the parking lot.

LAPD Lt. Chris Ramirez confirmed to the Times that the woman and children had been seen wandering around the neighborhood, naked.