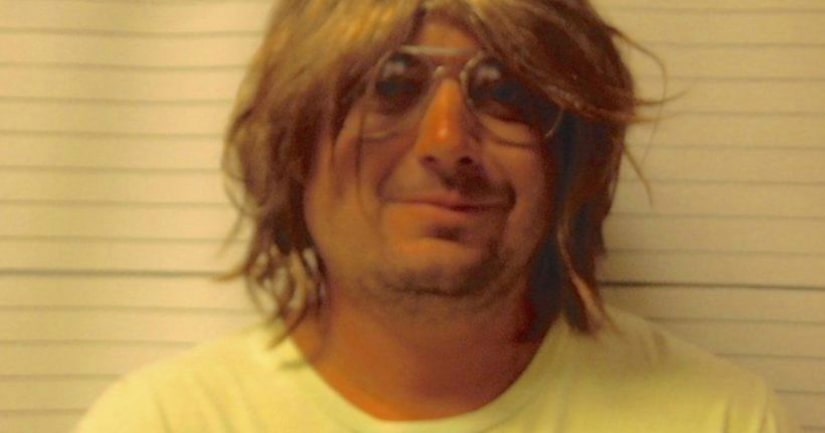 RINGWOOD, Okla. -- (KFOR) -- An Oklahoma family is “appalled” after a man accused of domestic assault posed in a wig and glasses for his mug shot.

Brandon Trice Harmon, 34, was arrested last month for domestic assault and battery in the presence of a minor in Major County.

According to the Enid News and Eagle, Harmon is accused of “grasping” his spouse in a bear hug, forcing her down on a bed and holding her down in front of their minor child. Harmon has entered a not guilty plea to the charge.

He appeared recently appeared in the October issue of Jailbirds, the publication that features booking photos.

In his booking photo, Harmon is wearing a blonde wig and glasses.

When the alleged victim's family saw the photo, they were appalled.

Kathy Lambert, the victim's mother, believes Harmon's relationship with the Major County sheriff afforded him special treatment when he was booked into jail.

“Nobody else gets that opportunity,” she said. “It's just a slap in the face to all the women who are abused daily. It's a sad crime that happens daily, it was just a disgrace.”

According to the Enid News and Eagle, Harmon and Major County Sheriff Steve Randolph are both members of the volunteer Ringwood Fire Department.

Randolph has not commented on the mug shot.

“He failed my daughter,” Lambert told the Enid News and Eagle. “She was the one that was severely abused, and it was like 'Ha ha ha.' It appalled me when I saw that photo.”