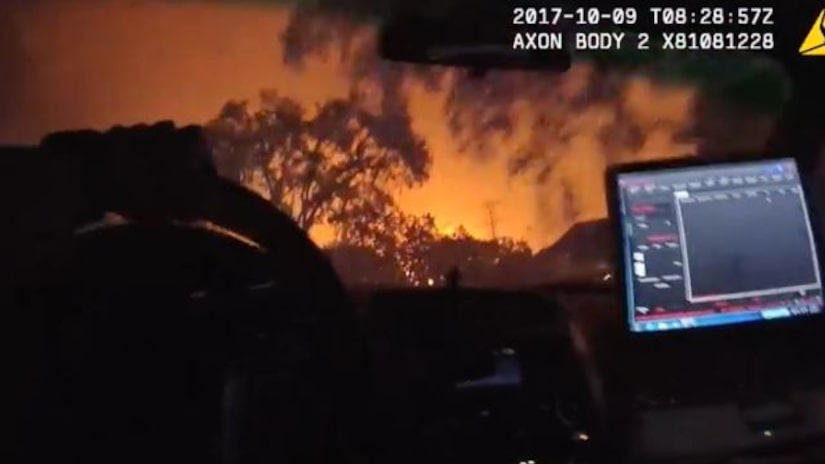 As he drove down the mountain, his camera showed flames licking the side of the hill on the right side of the road and devouring a fence. Sparks showered the windshield, and the sky was an ominous orange.