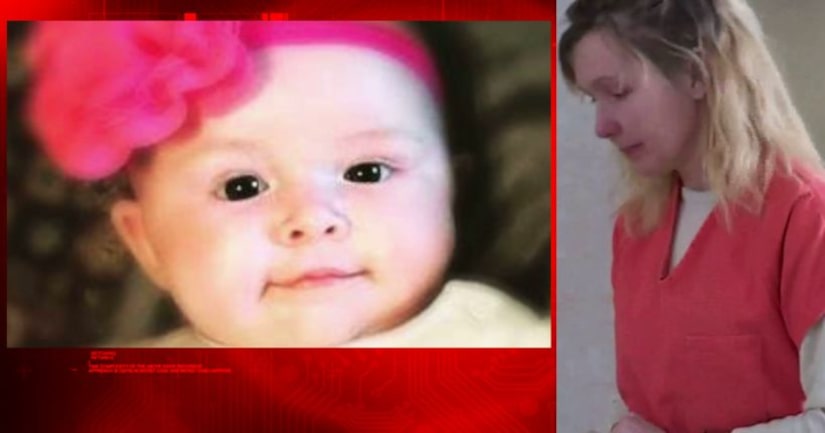 NOBLE, Okla. -- (KFOR) -- The trial for a daycare owner accused in the death of a baby is expected to begin this week.

Melissa Clark was arrested in July 2016 after she allegedly threw 5-month-old Braelyn Zachary onto a bouncy seat, giving her a “subdural hematoma, severe retinal hemorrhaging in both eyes and a bruise on her forehead.”

In court documents, Clark listed two different incidents that injured the baby the day she was taken to the hospital.

Clark told investigators, around 11:30 that morning, she was holding the baby and went to the kitchen and, while opening a water bottle, “somehow, Clark dropped the baby and the baby hit the tile floor.”

She said the baby's “head hit the tile first.”

Later, she said “the other children were arguing and fighting, and she couldn't get them to stop. At that time, the baby was also crying and wouldn't stop. Clark lost it and threw the baby onto the bouncy seat.”

Clark told investigators the baby's “body hit the bar on the bouncy seat. From there, [the victim's] body fell onto the floor.”

Clark said she simply put the baby back in the bouncy seat and, when it appeared she was falling asleep, laid her on a blanket on the floor.

But, a short time later, she heard a sound as if “[the victim] was choking on fluids.”

She rushed over and picked her up and noticed her “body was limp and that she wasn't breathing but once every 10 to 15 seconds.”

She told investigators she attempted CPR.

The baby was rushed to a Norman hospital and then transported to a Tulsa hospital.

FULL STORY: Trial for Oklahoma daycare owner accused in death of a baby is expected to begin this week - KFOR