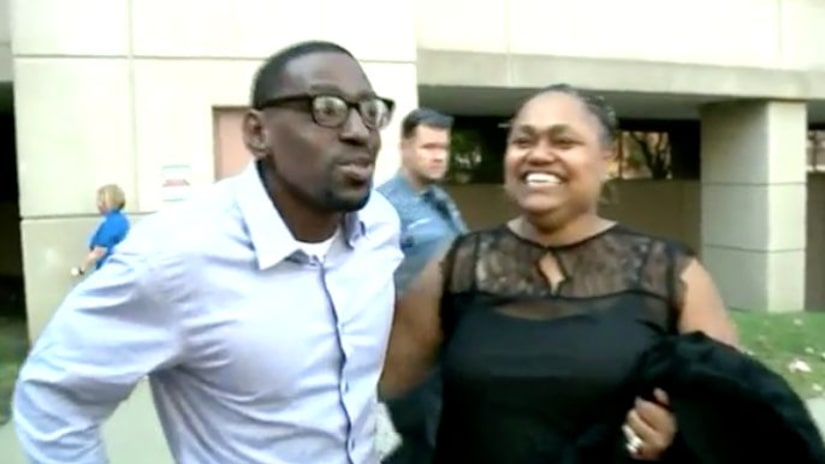 KANSAS CITY, Kan. -- (WDAF) -- Lamonte McIntyre, 41, a man convicted in 1994 of killing two men, was set free from prison on Friday after spending 23 years behind bars. The Midwest Innocent Project took McIntyre's case, believing he was wrongly convicted due to coercion by police. During the hearing this week to determine whether he should be set free, receive a new trial, or return to prison, witnesses took the stand to recant the testimony they gave more than two decades ago when McIntyre was 17-years-old.

On Friday, when McIntyre was released and greeted by family and friends, some of those witnesses were there. A cousin of the victims who testified against him at his original trial apologized to him.

He reached out to hug her.

FULL STORY: Now free, KCK man hugs woman who testified against him in murder trial that sent him to prison for 23 years - WDAF