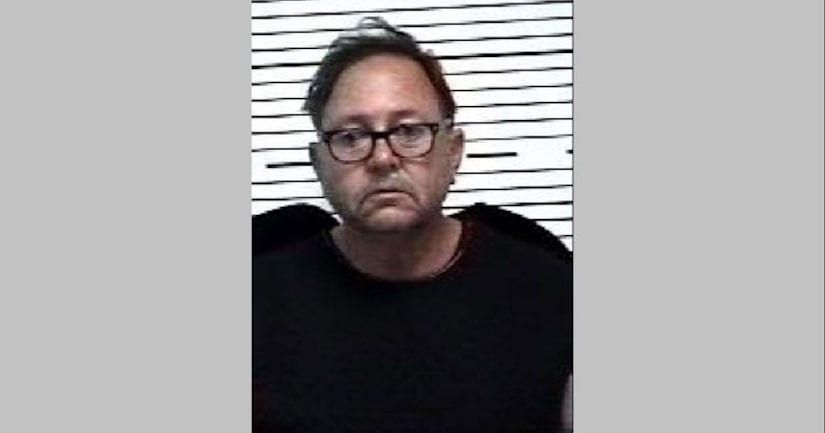 LAWRENCE COUNTY, Ala. -- (WHNT) -- A call to the Lawrence County Sheriff's Office led to the caller's arrest on Human Trafficking and a host of drug charges. Joseph Stevenson Glenn, known as Steve Glenn, is accused of providing money, drugs and housing to young girls in exchange for sexual favors.

Deputies say a call of an unwanted guest south of Moulton resulted in the arrest of the 59-year-old caller. A number of law enforcement agencies were involved in the investigation.

Deputies went to Glenn's home on County Road 100 where he said an “unwanted guest” was attempting to break into the home. Investigators say they interviewed that person who told them Glenn and two females at the home were possibly involved in illegal drug use. He also told investigators Glenn had been giving illegal drugs to the females in exchange for sexual favors.

Sheriff Mitchell said during the course of the investigation, deputies and officers observed what appeared to be illegal drugs lying in plain view. During a search of the residence, agents located a quantity of marijuana, methamphetamine/ICE and cocaine, along with items used to consume and weigh illegal drugs.

Investigators say they also found several nude pictures of women on Glenn's cell phone. When they pressed Glenn about the pictures, he told them women would send him nude pictures in an attempt for him to provide “monetary assistance” to the females. He told the investigators he didn't know the women.

Sheriff Mitchell said agents also learned Glenn had one of the women recruit a friend that needed her cell phone bill paid in exchange for allowing him to participate/watch sexual acts to be preformed by the women.

This doesn't appear to be an isolated incident. Sheriff Mitchell thinks other women will come forward with similar information about Glenn during the investigation.

Sheriff Mitchell said it is not uncommon for sexual predators to seduce young women that have a low self-esteem, no place to live or no type of resources in order to survive on the streets, by luring them with money, drugs and a place to live. After luring the women, the sheriff said, predators will then brain wash them into thinking that they have no other options to convince them to engage in sexual acts as payment for what the predator has provided.