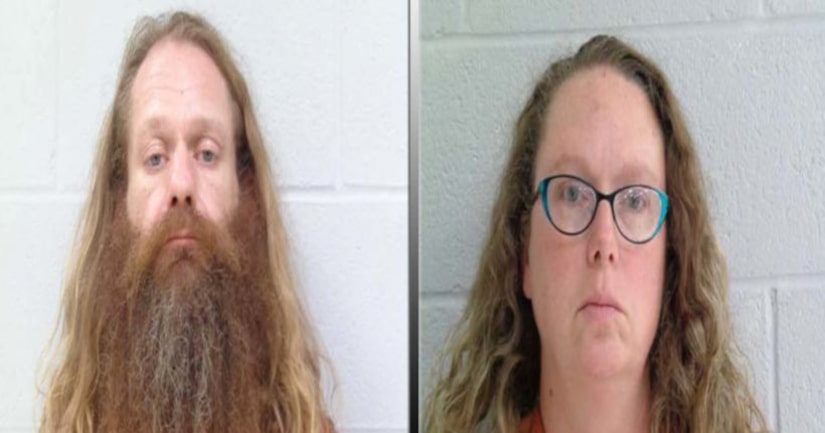 ENID, Okla. -- (KFOR) -- An Oklahoma couple is accused of child neglect after three children were found to be living in filthy conditions.

On Oct. 5th, police served a search warrant at an Enid home after three children reported the filthy conditions of their home, an affidavit states.

According to the Enid News and Eagle, when officers entered the home, they found litter boxes made of paint trays that were creating a strong odor of ammonia in the home, trash bags piled in the living room, and no walking trail from the front of the house to the back.

Detectives reportedly had to climb over piles of clothes, trash bags, and plastic tubs to clear the home.

The kitchen was missing its ceiling and rainwater was dripping into the home, the affidavit states.

The officer noted in his report that there were also dead mice throughout the home and piles of mice feces.

Toilets inside the home didn't have water, but contained a dark, yellowish-brown liquid with urine and fecal matter, the Enid News and Eagle reports.