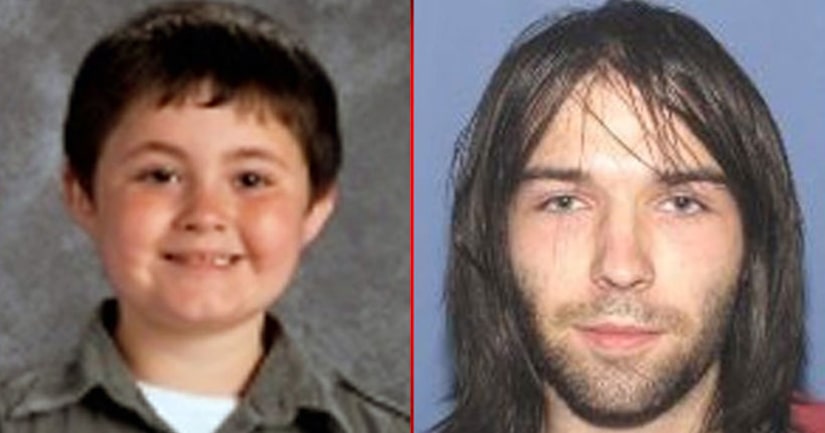 UPDATE Oct. 13, 2017: FOX8 WJW-TV reports the man suspected of fatally shooting a 7-year-old boy and three adults was arrested Friday as he walked along a southern Ohio road after a dayslong manhunt, a sheriff said.

Authorities located 23-year-old Arron Lawson after receiving a tip from someone who spotted him, Lawrence County Sheriff Jeffery Lawless said. He seemed worn out, the sheriff said.

Lawson is being held on charges of murder and aggravated murder. It wasn't immediately clear whether he has an attorney.

PEDRO, Ohio -- (WXIX) -- An endangered child advisory for a missing 8-year-old has been canceled following a deadly shooting in southern Ohio.

The Lawrence County Sheriff's Office said Devin Holston has been "recovered" but would not release any other information.

FOX8 WJW-TV reports the boy was found dead as the manhunt for the killer continues in southern Ohio.

He had been missing following a shooting at a trailer on State Route 93 Tuesday evening.

Deputies found three adults fatally shot inside the home, according to the Lawrence County Sheriff's Office.

A fourth victim was found at a relative's home about 1/4 mile north of the scene.

Investigators said that victim had been stabbed in the neck and head and flown to a hospital.

Investigators are searching for Aaron Lawson, 23, as a person of interest. He lives near the home where the bodies were found.

Police gave chase, and Lawson crashed his vehicle into a ditch. Officials said he then ran away on foot and was lost in the woods.

The names of the victims have not been released.

The Ohio Bureau of Criminal Investigation is working with the Lawrence County Sheriff's Office on the case.