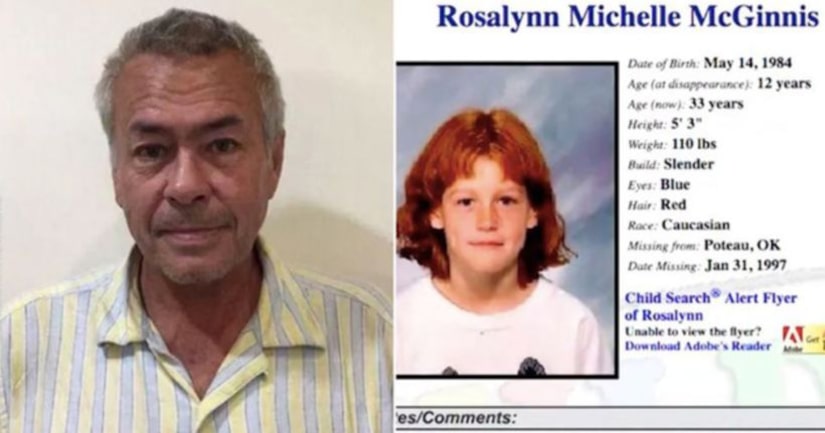 An arrest has been made in the strange saga of a woman who told FBI agents her stepdad had kidnapped her at age 12 and held her captive for 19 years.

Henri Michele Piette, 62, was arrested last week in Mexico and extradited to Oklahoma, where he was charged with rape, child abuse and other offenses, The Oklahoman reported.

Rosalynn Michelle McGinnis, now 33, said she was able to escape last year from a filthy tent with eight of her nine children. She made her way to a U.S. Embassy, investigators said in court documents, the paper reported.

Her eldest child is grown and escaped before her, she said. They have since been reunited, she said.

In an interview with People magazine, McGinnis said she was speaking publicly because “I want the world to know. I want him to be stopped and I want justice to be served.”

She was beaten with a baseball bat, raped, stabbed, shot and choked unconscious during nearly two decades with Piette, she said.

He has been charged in Wagoner County. He “married” her in a van after kidnapping her from school, she told investigators. Her mother had left Piette because he beat her and the mom and daughter were living in a women's shelter, McGinnis said.

McGinnis and Piette's children were dragged across states including Texas, Montana and Arizona, according to FBI agents.

Ultimately, they landed in Mexico, where they lived in a tent in a remote village.