A Crime Watch Daily Update on a big case we've followed closely out of South Carolina: A verdict is in for one of the key players in the case. But Heather Elvis is missing and presumed dead.

A cheating husband's legal luck runs out. Long suspected in his young lover's disappearance, South Carolina man Sidney Moorer is convicted of lying to investigators who were trying to find Heather Elvis.

Now the verdict that shocked the court brings new hope to the parents of his still-missing ex-mistress.

"It's amazing to see finally the judicial system working the way it's supposed to," said Terry Elvis, Heather's father.

From the moment Heather Elvis vanished on a chilly December night in 2013, police in Myrtle Beach, South Carolina suspected her affair with Sidney Moorer was to blame. Even though the couple had ended their relationship two months earlier, Sidney was the last person Heather talked to before she went missing. Phone records show their early-morning talks on December 18 began when Sidney called her from a payphone just after 1 a.m.

"She told me 'He said that he left his wife and that he missed me and he wanted to see me,'" Brianna Warrelmann, Heather's best friend, tells Crime Watch Daily.

"And I was like, 'Don't ruin it. Don't throw away how far you've come the last month or so for him,'" Warrelmann said.

"I definitely think Heather went to Peachtree with the intentions to meet someone that she knew," said Warrelmann.

Pings from Heather's cellphone show she was parked at Peachtree Landing when she repeatedly tried calling Sidney's cellphone, from 3:38 to 3:40 a.m.

"And the last call that Heather makes that's live is 3:41 a.m. Authorities say that the phone goes dead shortly after that," said WMBF-TV Anchor Michael Maely.

The next day Heather's car was found parked at the eerie location. But the 20-year-old hasn't been seen since.

"I think there are a lot of leads that they could have pursued but they chose not to," Sidney Moorer told WMBF-TV.

Sidney Moorer has always maintained his innocence. But police say surveillance footage from two cameras shows a black truck similar to his going to Peachtree Landing at the same time as Heather.

"I don't think it was my truck," Moorer told WMBF-TV. "I don't know that the day and time is right on the video that they're using in court."

But the evidence against Sidney Moorer, plus a series of threatening texts from his wife Tammy to Heather, led to the married couple's arrest. Both were charged with kidnapping and murder, though the murder charge was later dropped due to a lack of evidence. Sidney Moorer also faced one count of obstruction of justice.

Sidney Moorer's trial on the obstruction charge finally got underway in late August. Prosecutors argued he lied to police repeatedly in the hours after she vanished.

"He didn't have to come to the police station, but he did. He came. Ask yourself Why did he come? Why? Because he came to hinder and obstruct the police and mislead them," said Livesay in court.

Prosecutor Nancy Livesay said Sidney's lies first started when he denied making that early-morning call to Heather from a payphone.

"Not only 'No,' but 'They still make payphones?' Yeah, you were at one two days ago," said Livesay.

When Sidney learned police had surveillance video of him using the payphone, his story changed. He then admitted calling Heather, but says it was to ask her to leave him alone.

"Does it even make sense that you're calling her in the darkness of night from a payphone, OK, to say 'Leave me alone' at the same time that her date is dropping her off?" said Livesay in court. "She's left you alone. She's long past that."

In court, Sidney's attorney claimed the prosecutor was the one lying. Defense attorney Kirk Truslow told jurors that even if Sidney Moorer did initially lie to police, it did not affect the investigation.

"When he said he didn't make the payphone call, they'd already ordered his phone records. They already had video from the payphone. What did he stop?" Truslow said in court.

But jurors didn't buy it.

The verdict was read in court: "Find the defendant Sidney St. Clair Moorer on the charge of obstruction of justice, guilty."

Moorer was sentenced to the maximum 10 years behind bars.

"Finally we took a step today," said Debbi Elvis, Heather's mother, after the verdict was reached. "So, it's not good. It is not a great, happy thing. But it's a step, and hopefully this will bring more steps."

According to jail records, Sidney Moorer will be eligible for parole in less than two years. Meantime he's still awaiting a retrial on the charge of kidnapping after a 2016 trial ended in a hung jury. His wife Tammy Moorer is still waiting to be tried for kidnapping.

Whatever happens to the couple, it won't change the outcome for the Elvis family.

"The issue still stands: We still don't know where our daughter is at. We don't know exactly what happened. There's only a few people that know. And hopefully that'll come out," said Heather's father Terry Elvis. 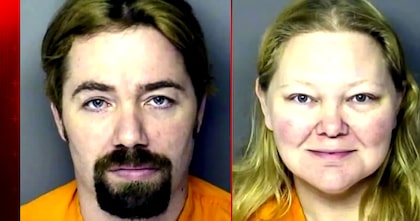 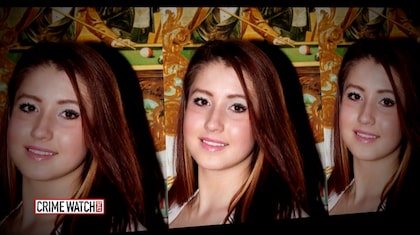 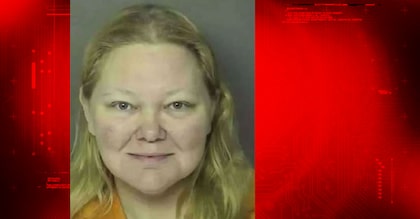 Tammy Moorer to appear in court for contempt of court hearing 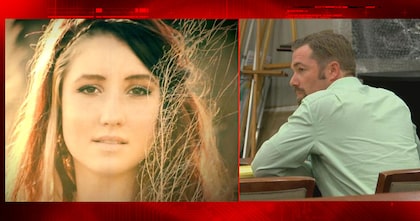 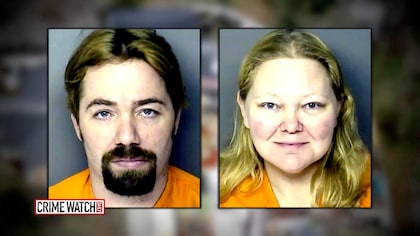