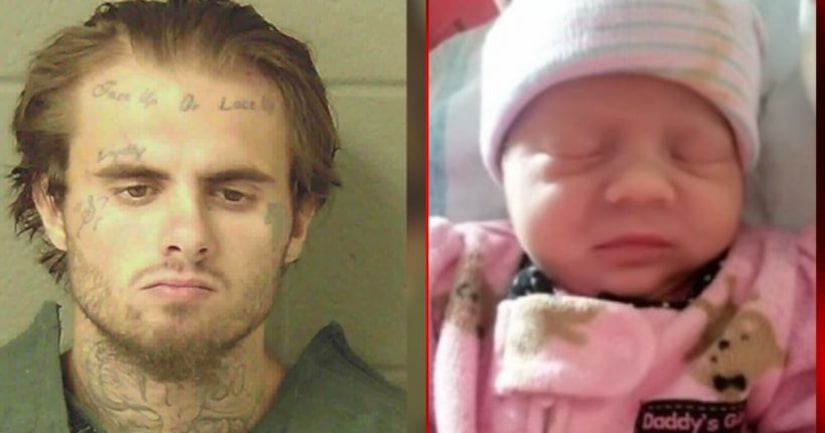 NEWTON COUNTY, Ga. -- (WGCL) -- The Newton County Sheriff's Office is investigating after a 15-day-old baby was found dead in a wooded area. The father is being questioned by police as a person of interest.

According to authorities, the parents of Caliyah C. McNabb said the baby was fed and changed around 5 a.m. Saturday and put back to bed with her 2 year-old sister in the back of the home at the Eagle Point Mobile Park in Covington. When they went to check on her at around 10 a.m., they discovered she was not in her bed.

Police issued a search warrant for the home and family members were questioned. A search party was organized and they canvassed a wooded area near the home for the baby.

An official with Newton County Sheriff's Office said the baby's body was found inside a cloth drawstring sack in the woods on Sunday around 3 p.m.

Although she was only 15 days old, her grandfather, Tim Bell, loved her with all of his heart.

"She was tiny. You had to feed her every 2 hours. You had to change her little diapers. Her little head was the size of a tennis ball. She was so little. She was just precious," said Bell. "From the first time you pick them up, there's love there. That love is broken. It hurts like I have never hurt before."