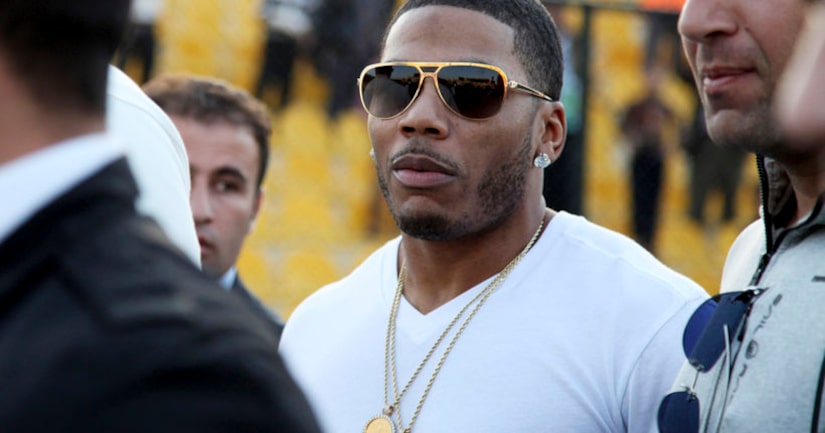 Officers say Nelly went to Seattle afterwards and the woman returned with him and called police about 3:45 a.m. alleging the assault occurred on his bus.

A police spokesperson says the bus was parked near the Walmart Supercenter on in the 700 block of Outlet Collection Way.

Officers say they had probable cause to arrest the rapper and he was booked into the SCORE jail in Des Moines, Wash. for Rape 2nd Degree.

The rapper's attorney denied the allegation.

“Nelly is the victim of a completely fabricated allegation,” said attorney Scott Rosenblum in a statement released to Page Six.

“Our initial investigation clearly establishes this allegation is devoid of credibility and is motivated by greed and vindictiveness. I am confident, once this scurrilous accusation is thoroughly investigated, there will be no charges. Nelly is prepared to address and pursue all legal avenues to redress any damage caused by this clearly false allegation.”

Nelly's next tour stop is at the Sunlight Supply Amphitheater in Ridgefield, Wash. on Saturday night, where he is scheduled to perform with Florida Georgia Line and Chris Lane.

UPDATE 4:44 p.m. PT: Attorney Scott Rosenblum said Saturday afternoon that the singer was released from jail pending the investigation, and he is expected to be at the Ridgefield show.

Following his release, Nelly took to Twitter and repeatedly denied any wrongdoing. 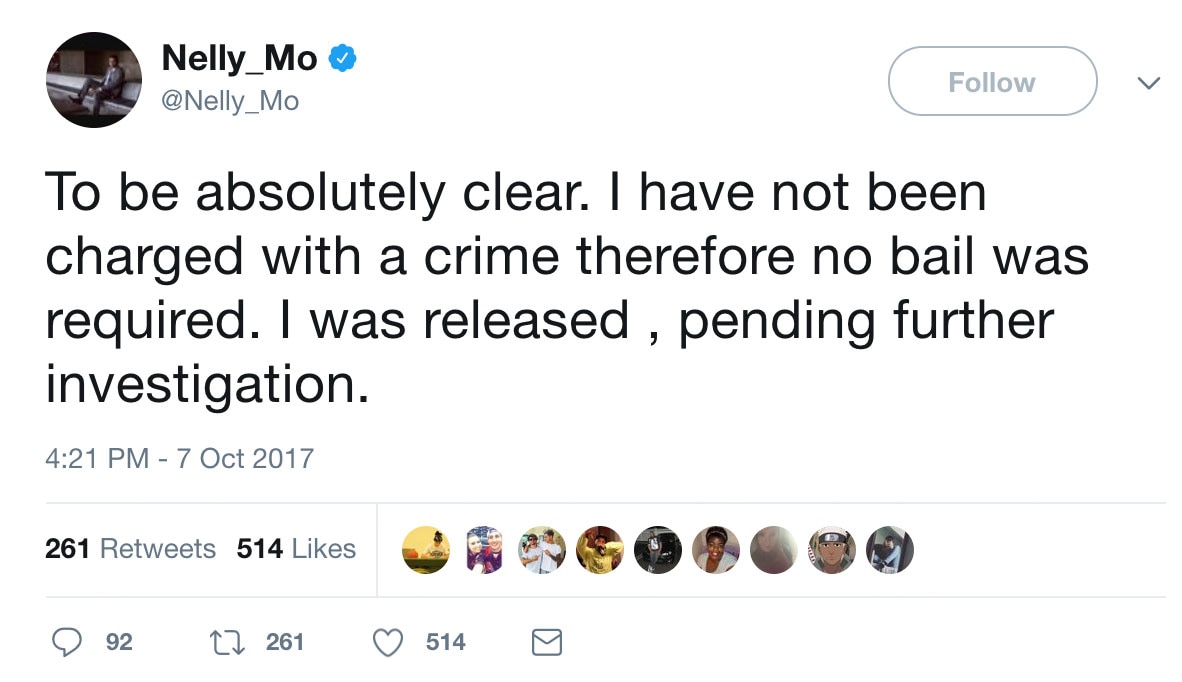 A spokesperson for Auburn Police told the Associated Press the singer will have his first appearance before a judge "at some point."