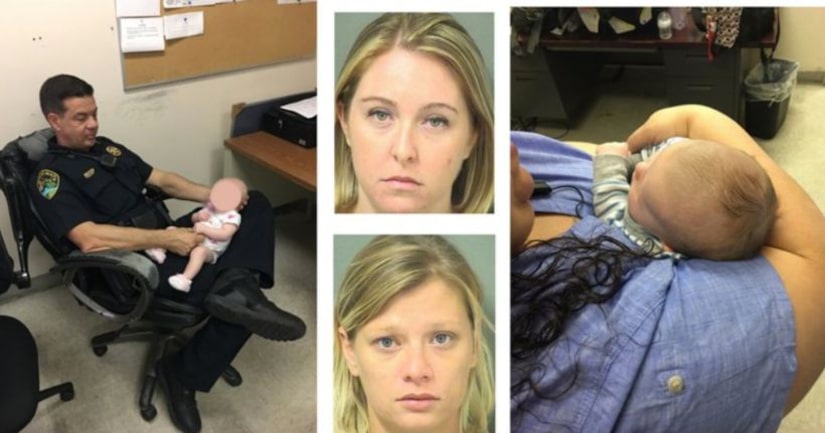 BOYNTON BEACH, Fla. -- (WPTV) -- Two mothers face charges after overdosing in a sport-utility vehicle with their two infant children in the vehicle, according to Boynton Beach police.

Police said one of the women, Kristen Leigh O'Connor, 27, of Coral Springs, Fla. told them that she knew the other suspect, identified as June Anne Schweinhart, 28, of suburban Lake Worth from a prior drug treatment program.

During their conversation, O'Connor told Schweinhart about an old drug dealer who wanted to know if she wanted any drugs from him, a police report stated.

The pair decided to buy $60 worth of heroin while two small infants, ages 1 month and 2 months, were in the vehicle, police said.

After snorting the drugs at a parking garage in the 1300 block of S. Federal Hwy, O'Connor began shaking and became unresponsive, police said.

Boynton Beach Fire Rescue was called and took the pair to the hospital for treatment.