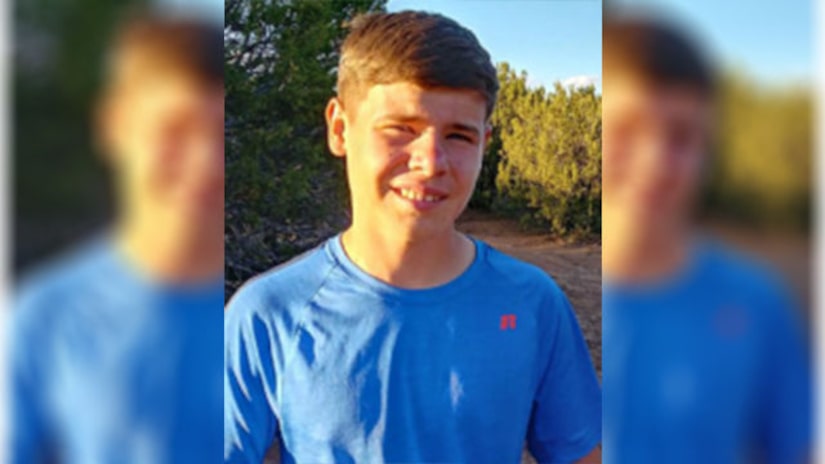 SHOW LOW, Ariz. -- (KOLD) -- A 14-year-old boy has been taken into custody in connection with the murder of a woman who was killed during a home invasion.

According to the Navajo County Sheriff's Office, the young suspect was identified as Joshua Cade Richardson. He had taken off, but was apprehended Wednesday evening without incident in the Pinetop-Lakeside area by detectives with the Arizona Department of Public Safety. The juvenile was hungry and thirsty, but otherwise in good health. He surrendered without incident.

The victim, 54-year-old TerriLynne Collins, was killed early Tuesday morning while struggling with the intruder.

The victim's husband, Ernest Collins Jr., told The Associated Press that his wife, 54-year-old TerriLynne Collins, was killed early Tuesday morning while struggling with the intruder. She had been in the couple's home and went to a trailer on the property in response to a text for help from the couple's 18-year-old daughter.

Collins said his wife called him before she went to the trailer and that he was able to hear much of what happened during the fatal encounter in Concho, a rural community about 160 miles northeast of Phoenix.

Collins, an attorney in Mesa, was distraught at times during a phone interview with the AP.

He said he didn't immediately understand what was going on when his wife called him after midnight and woke him from a deep sleep. She was apparently walking to the trailer where their daughter and the daughter's friend were staying at the time.

As he listened to his wife confront the intruder, "I finally realized that she had someone at gunpoint," Collins said.

He immediately called a neighbor in Concho and asked her to send her husband to the Collins' property. The neighbor said he should call 911 instead. When Collins did that, he was told deputies were already dispatched and he believed his wife had called 911 before heading for the trailer.

Collins said he then got back on the call from his wife and heard her speak with the intruder, who he thinks, was wearing a ski mask and was armed with a knife.

"I heard my wife telling him, 'you're just a kid, you're just a stupid kid and you're going to ruin your life,'" Collins said.