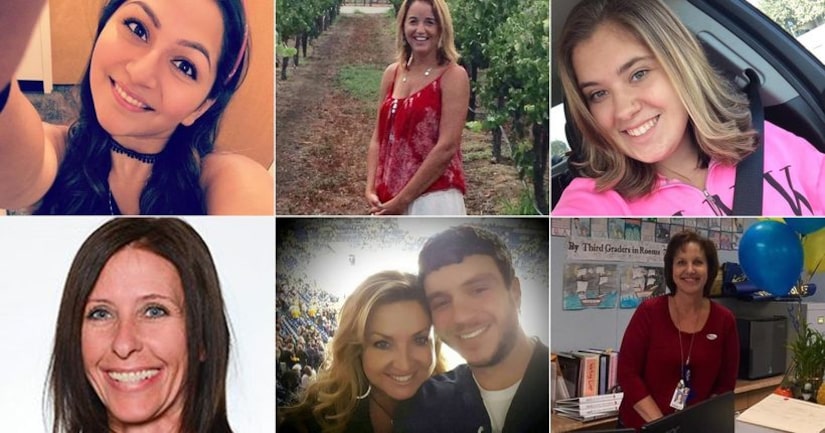 LAS VEGAS -- (KTLA) -- One was a nurse who died protecting his wife. Another devoted her life to teaching children with special needs. They were people from different walks of life who had gathered to enjoy a country music festival in the glimmering heart of the Las Vegas Strip.

A shooting at a country music festival in Las Vegas on Sunday night left at least 59 people dead and more than 527 injured, making it the deadliest shooting in modern American history.

Here are some of their stories.

Sonny Melton, 29, a registered nurse from Tennessee, was shot and killed in Las Vegas on Sunday night, according to his place of employment, Henry County Medical Center in Paris, Tennessee.

In an interview with CNN affiliate WSMV, Heather Melton said her husband saved her life amid the gunfire.

“He saved my life. He grabbed me and started running when I felt him get shot in the back,” she said. “I want everyone to know what a kind-hearted, loving man he was, but at this point, I can barely breathe.”

Sonny Melton graduated from Union University in 2015 with a Bachelor of Science in Nursing Accelerated degree and was president of his BSNA class, according to the university.

“You know how when you met someone and you just know that they're good and kind? That was Sonny,” said Christy Davis, assistant professor of nursing at Union. “He just had a sweet, kind spirit about him.”

Tennessee Gov. Bill Haslam tweeted that he was praying for those affected by the shooting, including Melton's family.

“In particular, Crissy and I extend our condolences and prayers to the family of Sonny Melton from West Tennessee who was among those killed in this tragedy,” Haslam said. “We know other Tennesseans were in attendance or performing at the event, and my thoughts go out to them as we grieve and process the enormity of this attack. Tennessee stands with Las Vegas during this difficult time.”

Rachael Parker, a 33-year-old records technician for the police department in Manhattan Beach, California, was shot in Las Vegas and later died at the hospital, Manhattan Beach Police Department said.

Parker had been employed with the police for 10 years, and “will be greatly missed,” the department said.