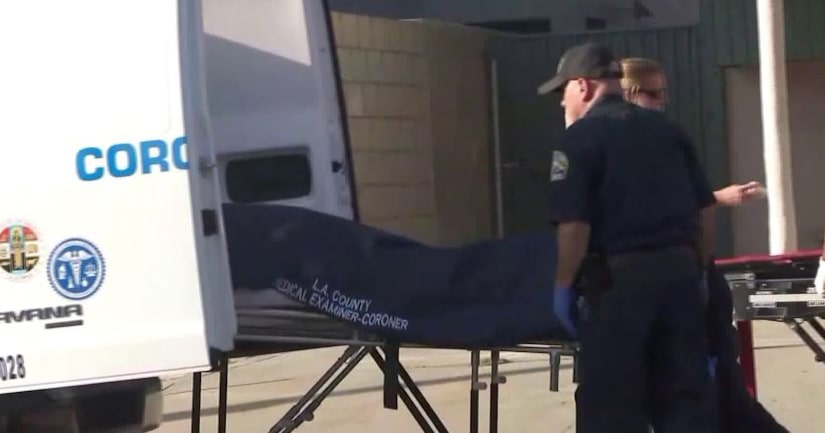 HOLLYWOOD, Calif. -- (KTLA) -- A death in Hollywood is under investigation, and while officials have released little details so far, a person who lives nearby told KTLA he heard cries for help shortly before police arrived Sunday afternoon.

Police responded to the site of a person's death near Fountain Avenue and North Gower Street just after 2 p.m., authorities said.

Officials from the Los Angeles County Coroner's Office could be seen in video footage removing a body from a multi-unit apartment building in the 6100 block of Fountain.

However, authorities have not released any details surrounding the death or the deceased person's identity, and they have not said whether a crime is suspected.