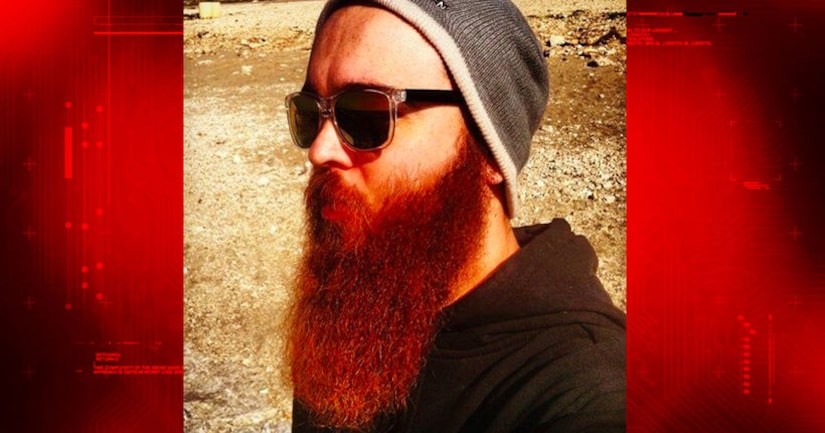 A Frenchman arrested when he arrived in the United States for a world beard-growing championship pleaded guilty in Miami federal court Tuesday to participating in worldwide online illicit drug sales using the alias "OxyMonster," KXAN reports.

TEXAS -- (KDAF) -- People in trouble with the law often grow a beard, or don a fake one, to avoid notice. In Gal Vallerius' case, his beard is what did him in.

Vallerius, who authorities believe is an administrator for a dark web narcotics site, was arrested Aug. 31 at Atlanta's airport during his first trip from France to the US.

He was en route to the World Beard and Moustache Championships in Texas to compete in the “full beard 30.1 to 45cm” category, reports the Guardian in a piece that notes his “magnificent red beard.” Vallerius is accused of being an administrator for Dream Market—a portal hawking illegal drugs, counterfeit wares, and stolen data—as well as selling drugs like Ritalin and OxyContin through it.

He allegedly did so under the screen name “OxyMonster,” an ID reportedly verified when authorities searched his laptop upon his landing in Georgia. They also found about a half-million dollars' worth of bitcoins, which is the currency used to conduct transactions on Dream Market.

The hunt for Dream Market's leaders has been a labor-intensive and detail-oriented one, going back more than 18 months. The Miami Herald notes multiple US agencies were involved in the search for Vallerius, including the DEA, FBI, DHS, IRS, and the US Postal Inspection Service.

Investigators got granular, keeping tabs on Vallerius' social media accounts to see if his writing style matched with that of “OxyMonster” (alleged giveaways include his propensity for writing “cheers” and using double exclamation points) and tracking his bitcoin transactions.

Vallerius is expected to be transferred soon to Miami, where he'll face conspiracy charges and a possible life sentence. (The dark web helped decode a nun's letter from the “devil.”)