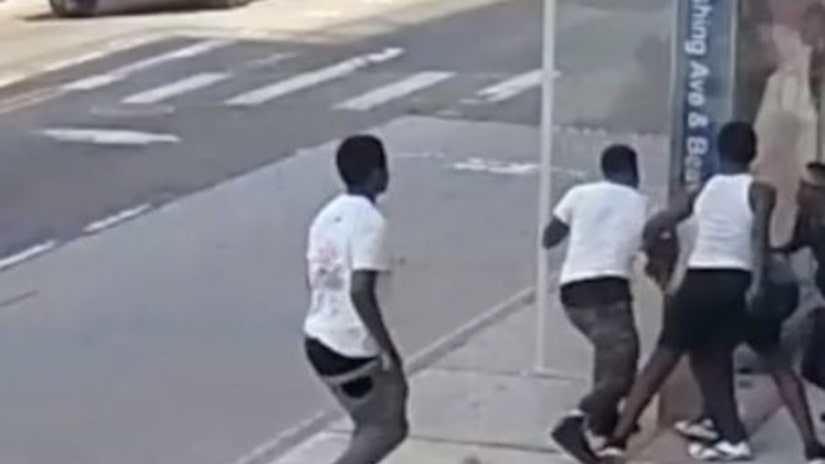 BROOKLYN -- (WPIX) -- Investigators on Thursday are asking for the public's help identifying six people captured on video beating two teenagers, allegedly making off with cellphones and $22 in cash.

A group of 6 males between 17 and 20 years of age are accused of ganging up on two teens on Flushing Avenue near Humboldt Street, bordering Williamsburg and Bushwick, Thursday, Sept. 14 around 2:24 p.m.

The 15- and 16-year-old victims were punched in the face and kicked, police said. Both were hospitalized.