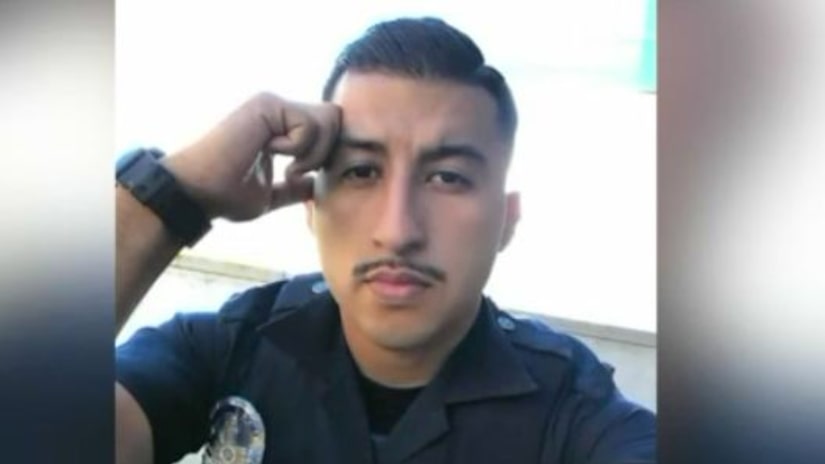 LOS ANGELES -- (KTLA) -- Hours before an off-duty Los Angeles police officer was involved in a possible DUI crash on the 605 Freeway that killed three people, an Instagram account belonging to the officer posted video from a bar, showing a beer in the background and a message warning about drinking and driving.

The 10-second video features an animated avatar, wearing a Dodgers shirt, atop a bar counter. The cartoon character sits in a red car, honking the horn, with a message written underneath: "#dontdrinkanddrive."

The video appears to have been posted by 26-year-old LAPD Officer Edgar Verduzco as an Instagram story some time around 7 p.m. Tuesday evening. The fatal freeway crash occurred about 10:15 p.m. near Whittier, when a 2016 Chevy Camaro rear-ended two vehicles while traveling at high speed, officials said.