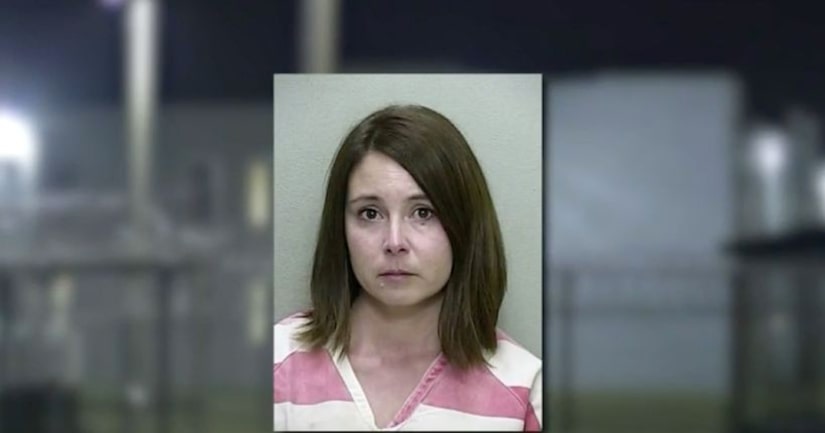 FORT McCOY, Fla. -- (WKMG) -- Deputies have arrested a school employee in Fort McCoy after allegations surfaced that the worker had sexual contact with a student, the Marion County Sheriff's Office said Wednesday.

Katie Carsey, 36, who worked at McCoy Middle School, was booked into the Marion County Jail on a felony charge after deputies said she admitted to having sexual contact with a then-14-year-old boy.

A deputy was investigating a suspicious vehicle at a church on July 6 said he found Carsey partially clothed. Carsey said she was there to meet a male friend.

A couple months later, detectives said they got word that Carsey had told someone that she narrowly escaped from being caught having sex with her student before the deputy arrived, officials said.

Investigators said when they spoke with Carsey on Wednesday, she admitted to undressing and having inappropriate contact with the boy in her back seat.

The victim, who is now 15 years old, told investigators he jumped out of the vehicle when he noticed the deputy's patrol car and then ran home.

Carsey is married and has worked in the district for about a year.