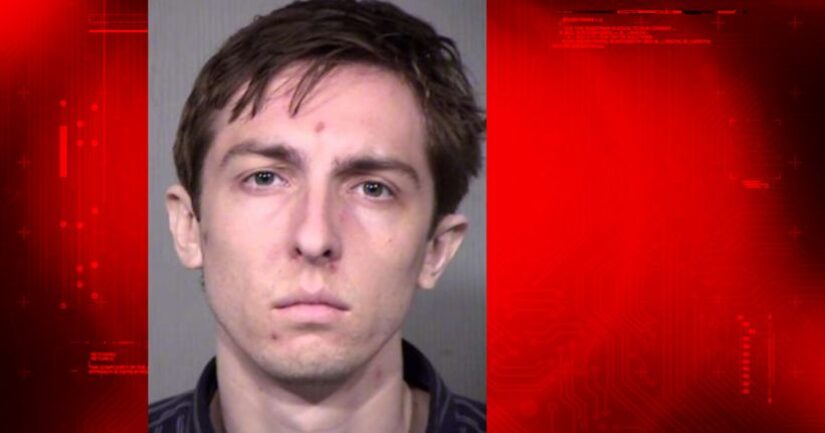 PHOENIX -- (KNXV) -- A man was arrested after he allegedly shot and stabbed his ex-girlfriend's dog in Phoenix.

Phoenix police report that on September 14, Joshua Thomas Brickert, age 25, used a rock to break into his ex-girlfriend's home near 23rd Avenue and Beardsley Road.

Brickert would later tell police that he entered the home with the intention of using a rifle to scare his ex-girlfriend when she returned home.

While in the home, police say, Brickert planted drug paraphernalia in the home, including a child's bedroom, with the intention of showing her to be an unfit parent.

Police found blood throughout the house. Brickert would later allegedly tell police that he shot "Lexi" a Labrador in the forehead and "she screamed in pain" as she ran throughout the home.

Brickert caught "Lexi" and stabbed her about ten times. It reportedly took nearly 45 minutes for the dog, which was found in a nearby dumpster, to die.