Crime Watch Daily brought you the story of Cheryl Pierson-Cuccio , who became infamous at 16 in New York after she and her boyfriend paid a high school classmate to kill her abusive father.

The teen they hired -- the former Boy Scout turned contract killer -- is telling his side of the story to Crime Watch Daily in an all-new interview.

Cheryl Pierson-Cuccio was once a scared teenager with a terrifying secret that she has now revealed in shocking detail to Crime Watch Daily, all about the years of brutal sexual abuse she says she suffered at the hands of her own father, Jim Pierson -- and what she did to finally end it all.

"And I just said 'Who would be crazy enough to kill somebody for money?' And he said 'I would,'" Cheryl Cuccio told Crime Watch Daily.

Sean Pica is that person who agreed to take out Cheryl's father.

Once a scared kid himself, Sean says he was just trying to help his friend Cheryl by doing her a really big favor.

"Cheryl and I sat next to each other because our last names both start with 'P,' for 150 million years, from grade school all the way up," said Sean.

Back at high school in Long Island, New York, they were two classmates who talked about everything under the sun in home room.

And then one day, he says, the talk turned to murder.

"There was a teacher at one of the local high schools that had hired one of her students to kill her husband," said Sean. "And that turned into a very private conversation between only Cheryl and I, where she said that she wanted to kill her father."

For Cheryl, it's the only way to end her nightmare.

Did she specifically say that her father was sexually abusing her?

"She did, she did, yes," said Sean. "I wasn't asking details. I mean, the second that she told me that her father was doing things that he shouldn't have, I was there with her, I got it."

Did he believe her?

But Cheryl told us that she never explained to Sean any of the dirty details about why she wanted her father dead, and that he was willing to do it for the money alone.

Sean Pica, on the other hand, tells us he wanted to help end his friend's pain, but now he was tortured.

"I continually danced with it in my head, that I knew that I was doing something very wrong, but I was doing it for the right reason. And I was helping a friend," Sean tells Crime Watch Daily.

Cheryl had taken a big step in contracting to kill her dad, a single father who she says is not only a harsh disciplinarian but a monster who has raped her repeatedly. But after nearly three months of talking about pulling the trigger, Sean says he had an attack of conscience. Sean is a one-time Boy Scout and the son of a former New York City cop. He's not the kind of kid who would go around committing murder for friends.

"I met with her and told her 'I just can't do it.' And the burden -- it felt like a truck had been lifted off my back," said Sean.

That's why what happens next defies the imagination -- unless you can imagine being 16 again, and literally under the gun.

"I just felt like I had let her down and that there was no one else that was going to help her," Sean said.

What started as an innocent conversation between high school classmates had soon turned into a real-life murder-for-hire plot hatched in homeroom: One thousand dollars for one dead father.

Today the man holding the gun tells us what happened next.

Sean Pica, 16, is faced with the most momentous decision of his young life: To kill or not to kill.

"The conversation became very serious very quickly and I wasn't able to kind of share with anybody else or maybe get some guidance from anybody else," Sean tells Crime Watch Daily.

He says at first his conscience won't allow him to do what he first promised: Murder the father of his friend Cheryl Pierson. Sean claims Cheryl told him her father was molesting her, a claim that Cheryl denies.

Cheryl Pierson-Cuccio does admit she told Sean Pica she wanted her dad dead, and asked him to do it.

"I was just wracked with guilt that I let a friend down," said Sean.

"I woke up that morning and I had the gun already and I went to her house," Sean Pica tells Crime Watch Daily. "I remember walking down her street, gun in hand, just saying, 'Well, if I get stopped or if somebody sees me, that that's what happens.' I'm just waiting for something to kind of stop this from going in a direction it was going in, but I didn't stop."

The former Boy Scout, the son of a cop, a scared 16-year-old kid walking down the street with a gun in his hand. But he could be the most cold-blooded hit-man alive when he sees Cheryl's father headed out of his house on that dark morning of February 5, 1986.

"Her father stepped out of the house," Sean tells Crime Watch Daily. "As he steps towards me, I step out of the shadow and there was a moment of recognition. No words were exchanged."

He pulls the trigger five times. No words were exchanged, Sean said.

"And I just walked away and went home," said Sean.

All five bullets find their mark. As he walked away, Sean Pica knew his friend's father would never bother her ever again.

"I went there to kill him. It just seemed to me like I didn't want to fail," Sean said.

Jim Pierson lies dead in his driveway. But Sean says he didn't even let Cheryl know that he was coming over that morning to do the job. And when he goes back to school and his 10th-grade home room, the hallways are buzzing with gossip -- none of it about him.

Sean says he was fully expecting to get caught for the crime.

"The idea that I might not get arrested, or they might not figure out who this was started to scare me more that the fact of getting caught," Sean said. "I wasn't prepared to live with nobody knowing what I had done, going back to the 10th grade and acting like nothing had happened."

But as might be expected in a high school murder plot, the law catches up with Sean in a matter of days.

In the end he pleaded guilty to manslaughter and was sentenced to 24 years in prison.

"It was just a huge, huge cell block with a million people," said Sean. "I couldn't envision how I would possibly live there for 24 years. I literally thought my life was over."

His old high school guidance counselor never had him pegged for college material. But once behind bars, Sean says he started to get serious about his life, and earned his General Education Development (G.E.D.) credential.

"The officers were the ones who said 'I don't know if you know it but there's a pre-college program here,'" said Sean. "I gave it a shot."

During his 16 years served, continuing through his release, Sean has earned a wall full of diplomas for college and graduate studies, and a master's degree in social work -- most of it thanks to the Hudson Link for Higher Education in Prison, a program that helps inmates get on their feet.

How did he get involved in this program?

"I think the easy answer is I shot and killed a man," Sean said.

Now Sean Pica advises the more traditional route: Like, stay in high school, and think twice before doing someone a favor.

Is it hard for him to look back at the 16-year-old Sean Pica who killed Cheryl Pierson's dad?

"I wouldn't recommend anybody to pick up a gun in any way and think they're going to help somebody else. It was a huge mistake," said Sean Pica.

In some ways did he do society a favor?

"I would not go that far," said Sean. "I regret every day that I shot and killed her father, not because it didn't help her, but because I see his face every single day."

But through it all, Sean says he has not only found hope and a new life through the Hudson Link. Today he's the program's executive director.

"I would love to stop talking about the single worst mistake I ever made in my life. But that's also the same mistake that put me in a position to become the person I am today," said Sean Pica. "And I won't forget where I came from." 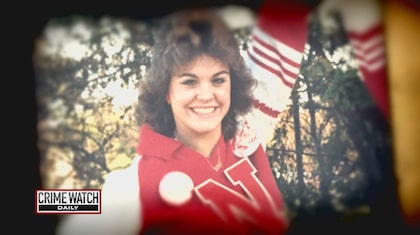