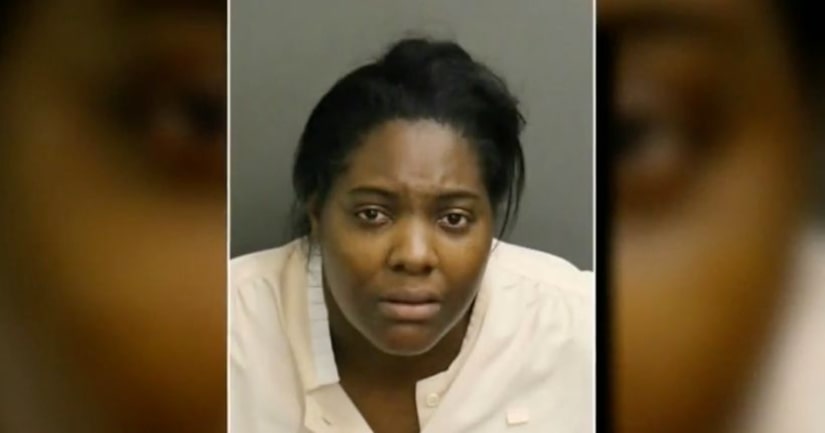 ORLANDO -- (WKMG) -- A woman was arrested after a 2-year-old girl was found alone Monday afternoon in a parked vehicle at a Walt Disney World resort, according to the Orange County Sheriff's Office.

Walt Disney World security said a worker heard the child crying around 1 p.m. in a vehicle parked in the Disney's Grand Floridian Resort & Spa employee parking lot, according to a news release.

The windows were down a few inches and the car was off, according to deputies.

Security officials removed the child, who was alert and conscious, officials said. She was taken to Celebration Hospital in stable condition.

The girl's caregiver, Myriam Lubin Cadet, 37, a Disney employee who works as a housekeeper at the Grand Floridian, was located and arrested on charges of child neglect and taken to the Orange County Jail. She later posted bond and was released from jail.

According to an arrest affidavit, Lubin Cadet received a call from a friend or family member to watch the girl because the child's mother was going into labor.

Lubin Cadet left work and picked up the girl near SeaWorld before returning to work, where she left the girl alone in the car, officials said.

Deputies said the car was parked in an area that had no shade and the temperature inside the vehicle was 113.5 degrees.