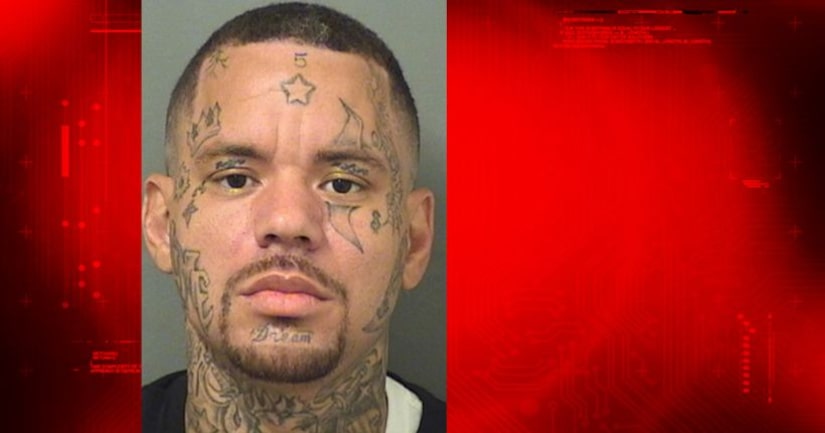 RIVIERA BEACH, Fla. -- (WPTV) -- A Palm Springs man was arrested with a loaded stolen gun and heroin at a youth football game on Saturday.

An off-duty police officer working a security detail was approached by a citizen who told him that he observed a bulge resembling a gun inside the pants of a man at the game.

The citizen pointed out a man with tattoos on his face, later identified as Jeremy Whitfield.

The officer requested backup and approached Whitfield, who began walking away briskly.

As officers arrived on the scene the suspect was ordered to the ground and a pat down revealed a loaded 9mm handgun with sixteen rounds in the magazine and one in the chamber. The gun was found to have been stolen.