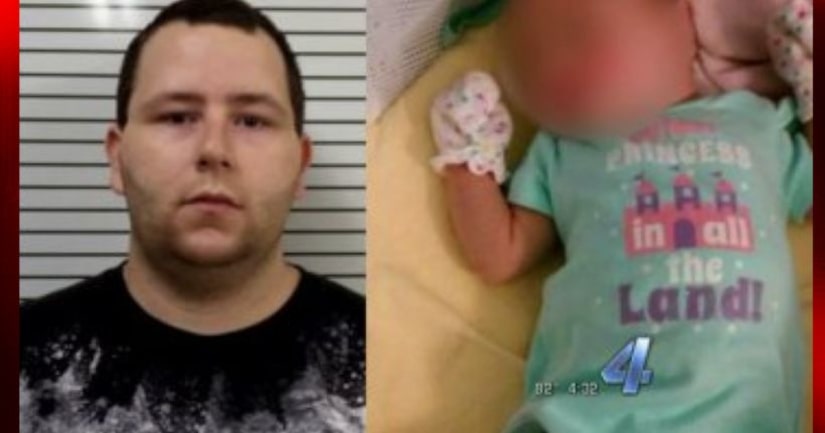 DUNCAN, Okla. -- (KFOR) -- An Oklahoma man accused of punching his 1-month old daughter in the face has pleaded guilty to the charges against him.

According to police, in Oct. 2016, Adam Cummings dropped off his girlfriend, the baby's mother, at work and then went home with the baby.

He called his girlfriend several hours later to tell her the baby had fallen off the bed.

They took the baby to the hospital in Duncan where she was transported to the Children's Hospital at OU Medical Center.

Doctors there said her injuries were consistent with child abuse and called Duncan police.

“I went up there to just to basically to check on the child, speak to the doctors. When we got there, both parents were there,” said Duncan police detective Dustin Smith.

“The child had turned a month old two days prior to the incident. We had nothing to indicate the child could even roll. It's not indicative of a child that age. Plus, both parents told us that the child doesn't roll over. So, that kind of led us to believe something else was going on,” Smith said.

Smith said he told Cummings doctors could not adequately treat his daughter if they didn't know exactly what happened.

He said that seemed to get through to the father and make him emotional and he confessed.

“Said she cried for about 10 minutes and wouldn't stop. Said he initially put the baby down and walked away. The baby didn't stop crying, came back. He just told me he couldn't deal with it anymore and punched the baby,” Smith said.