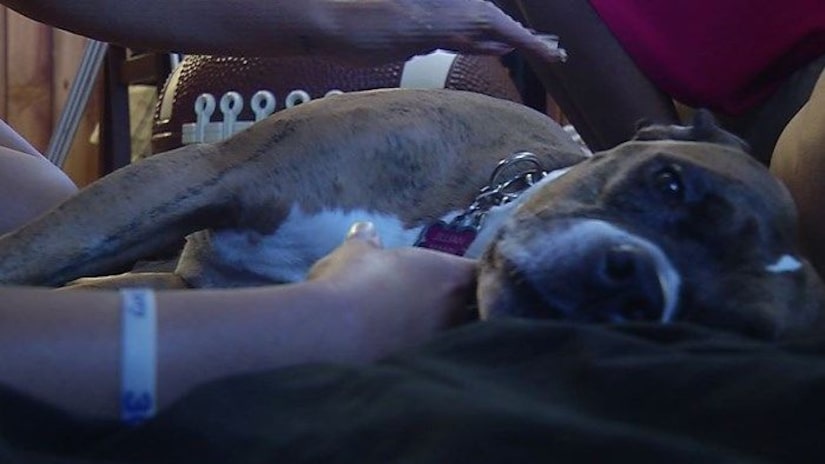 BUFFALO, N.Y. -- (WXIX) -- A woman wants answers after she and police allege a city employee stabbed her dog in a park.

"She's tired, still groggy from all the medications," Mann said.

Mann said her mother went to walk Audi and their other dog at a nearby park around 7:30 a.m. Saturday when she saw a man get out of a City of Buffalo truck and run toward her mother.

Police say 46-year-old James Craddock, a seasonal parks employee with the city, exchanged words with her mother and then stabbed Audi in the chest "on her left side, by her heart," Mann said, "like he wanted to kill her. He knew what he was doing. He wanted to kill her."

Family rushed her to a veterinarian hospital where she had emergency surgery.

"To think that you're going to lose a member of your family because someone doesn't like them and stab them, it's heartbreaking," Mann said.

Police say Craddock got back in the vehicle and drove away with another person. Officers caught them nearby.

Craddock was charged with aggravated cruelty to animals, criminal possession of a weapon and menacing.

"My dog doesn't do anything. She's innocent," Mann said.

She said Craddock has threatened her mother and Audi before.