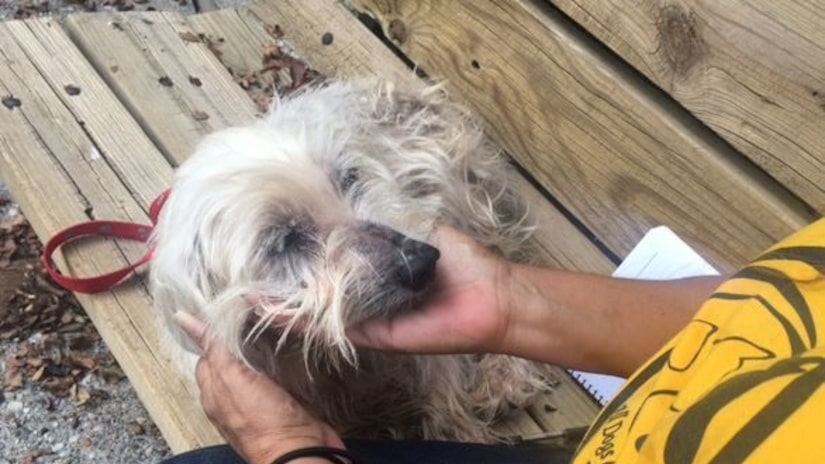 HAMILTON, Ohio -- (WXIX) -- More than two dozens animals are now in the care of rescue organizations after they were pulled from a Hamilton home that officials said belonged to a hoarder.

The animals were rescued from a house on Warr Lane.

Video of the inside of the home shows filthy floors, grimy walls and huge heaps of belongings inside the rooms. Rescuers called it "deplorable."

"You wear a mask that is white when you walk in the door, and five minutes later when you walk back out, it's no longer white," William Coplen, Director of All Dogs Come From Heaven Rescue, said.

When the woman who lived in the house recently passed away, All Dogs Come From Heaven Rescue got a call about it because the woman was not only stockpiling stuff. Rescuers said she was also hoarding animals.

"Sixteen ferrets, six rabbits, four dogs," William said. "An unknown number of cats, but we believe it to be between five and eight. We've only caught some now, and we had one chicken living on the stove in the kitchen."

Living in dirt and bodily waste took its toll on all the creatures.

"You see a lot of things like this on TV programs, and you think it's dramatized for the public. This is real," Margaret Coplen, Vice President of All Dogs Come From Heaven Rescue, said. "It's devastating. It's horrific."

The Coplens believe a dog named "Chance" is the perfect example. They said he was pulled from the home and has matted knots that will have to be surgically removed, infected ears, missing teeth, overgrown nails and blindness from the ammonia in the urine that was all over the house.

"It breaks your heart," Margaret said. "You see the conditions that little guys like Chance have to live in, and you cry every single time."