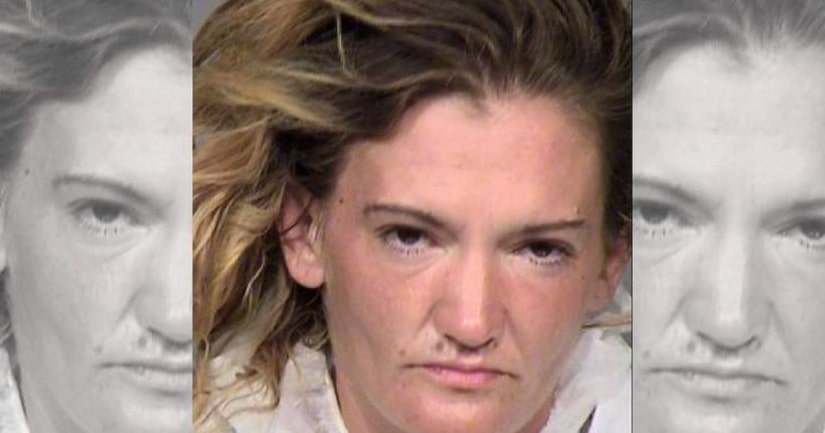 TEMPE, Ariz. -- (KOLD) -- Police say a woman was arrested in Tempe after she was caught in a home going through the refrigerator and wearing clothes that belong to the family.

Police say she entered the fenced yard of a Tempe home, then actually went inside the house.

"She went through the alley, probably," said Angie Cruz, the daughter of the homeowners. "She opened the gate, she came in through here."

Cruz's father came into the kitchen and reportedly spotted Harper going through the refrigerator.

"He's like, 'What are you doing in my home?' She said, 'This guy with a hammer let me in, it's really hot and I'm really thirsty. She had a cup of water with a lemon and she had his Monster [energy drink]," Cruz said.

Harper took off, but the homeowner snapped pictures of her running away. He noticed all the clothes the woman was wearing belonged to his family.

"He went driving around and he took pictures of her and there we see she has all our stuff, our clothes," Cruz said.

The pictures were circulated among Tempe police patrol officers, and it wasn't long before an officer spotted Harper and brought her in for questioning. According to police documents, she told detectives "her intent was not to steal items from the residence" but only wanted to "retrieve a glass of water" because she was thirsty.

She also told police she changed into the homeowner's wife's clothes because "she had urine all over her clothes," according to court documents.

Harper reportedly said that "she knew it was wrong to enter someone's yard and residence," and stated that she "had been arrested for crimes similar before."