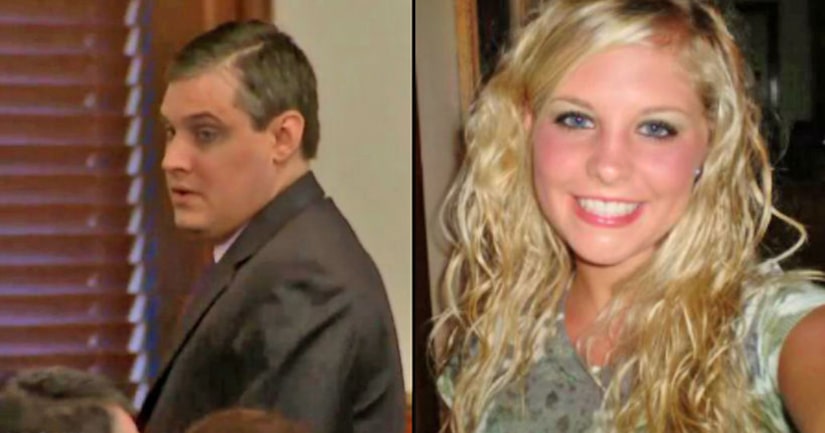 NASHVILLE, Tenn. -- (WZTV) -- On April 13, 2011, the rural Tennessee town of Darden became the scene of a search and rescue mission, one the family of Holly Bobo kept alive until her remains were found in a wooded area near her home on September 7, 2014.

In the months just before and after her remains were found in Decatur County, the Tennessee Bureau of Investigation (TBI) felt they had their men. Zach Adams, his brother Dylan, Shayne Austin and Jason Autry. They were no strangers to the law, especially Zach and Jason.

Led by information provided to investigators by Dylan Adams, the TBI arrested Zach Adams in February 2014, charging him with the kidnapping and murder of Holly Bobo. It didn't take long until Autry was also arrested and faced the same charges.

The TBI still did had not recovered Holly's body at the time and statements Zach Adams had made to other inmates during his incarceration raised red flags. During his trial, attorneys say Adams told one inmate to deliver a message to his brother that he had better shut up or "he would find himself in a hole next to Holly." Another inmate testified Adams told him months before they found Holly's remains that Adams told him "they (investigators) got no body and they got no gun."

That would turn out to be a key statement used repeatedly by prosecutors, whom pointed out it would be months later that a ginseng hunter would find a skull and human remains in the Parsons woods. Confirmed to be Bobo's, the skull also had a bullet wound. "Only two men in the world" could have known that before her body was found, State Attorney Paul Hagerman said, "Zach and Jason."

While Dylan's potential as a witness had possible issues, investigators also faced a hurdle when suspect and key witness Shayne Austin committed suicide in a Florida hotel. According to reports, Autry had been offered immunity for his testimony,but that was later pulled.

With Austin gone and Dylan's potential weakness on the stand, that left Jason Autry. Although years had passed, Autry says he came clean about the events in early 2017, spilling the beans on his alleged involvement and Zach's murder of Bobo based on what he was told by Adams. Although he had missed out on a potential plea deal, Autry testified in court he was "hoping for leniency" in exchange for his testimony, specifically a chance to avoid the death penalty.

Sharing his version of events the day of Holly Bobo's disappearance, Autry told the court that, hoping for drugs, he volunteered to help Adams "with something." Autry said he assumed it was to help with the cooking of meth, so he agreed to meet Adams at Shayne Austin's home.

When he arrived -and after taking a cocktail of meth and morphine- Autry says Adams showed him a body rolled up in a barn blanket in the back of Adams' truck. Autry said Adams told him it was Holly Bobo and what he needed help with was disposing of her body. While Autry claims he never knew Bobo or her family, he went along for a ride with Adams and devised a plan to "gut" Bobo and dump her body in the river. As Autry put it, they could "gut her of her intestines and dump the body" so it wouldn't float to the surface, allowing "turtles to eat the remains."

But Autry claims things didn't go as planned. When they pulled to a quiet spot along the river, the men laid her body on rip-rap (rocks). Autry testified he then saw her foot move and make a sound of distress. He says he called out to Adams, stating "this f** b**** is still alive." With Autry serving as a lookout he says he watched as Adams produced a revolver, pointed it to Holly's head and pulled the trigger.

Fearful they had possibly been spotted by a boater after the shot, the men loaded her back into the truck and fled. Autry says that was the last time he saw the body in a blanket. However, he would testify to statements later made by Zach Adams and Dylan Adams, saying Zach and Dylan would tell him Zach, Austin, and Dylan took turns raping Holly, drugging her to the point they thought she was dead.

Days after her death, Autry says Zach even made him an offer of money and property on his grandfather's land if Autry would kill Dylan because Dylan was talking too much about what happened that day. It was an offer Autry would consider -and ultimately accept but be unable to carry out- telling Zach "if I do it, you'll be next." Autry says it was his response to Zach for not telling him what it was he needed help with before he arrived to the Austin residence the day of her murder.

With prosecution's star witness sharing grisly details about the alleged events surrounding Bobo's murder, the defense aimed to persuade the jury it was another man who could have been responsible, and he was original suspect in the TBI's investigation.

Terry Britt, a convicted sex offender serving time for rape on three different occasions, also lived near the Bobo's. Given his history, former lead case agent Terry Dicus zeroed in on Britt. Dicus testified Britt fit the description of the man Holly Bobo was seen going into the woods with the morning she disappeared. His alibi was "weak" Dicus said and Holly's cousin Natalie had told police Britt was staring at them in the days before Holly disappeared.

Dicus says even Karen Bobo, Holly's mom, told him they needed to check out Britt, known as "Chester the Molester" by locals. When he did, Dicus says eight mostly "blonde hair and blue eyed" women had been stalked by Britt and he didn't believe Bobo's murder was a crime of passion in the moment. His belief was Britt planned the kidnapping and it wasn't a group of men involved because "sexual predators work alone."

With an alibi that was "garbage," Britt's past, and cell phone data that put Adams and Bobo in different areas when she was kidnapped, Dicus says he believed he had his man. Not to mention, cadaver dogs had also "hit" on a shovel and hammer found on Britt's property.

But it was that "tunnel vision" which would ultimately have Dicus removed from the case in 2013. TBI Special Agent in Charge Jack Van Hooser told the jury Dicus "lost his objectivity" during the investigation. That sentiment was supported by TBI agent Brent Booth, who admitted the TBI made a "big mistake" early in the investigation.

The whole time Booth said the alibis of the Adams brothers, Jason Autry and Shayne Austin were never checked out. It wasn't until Dicus was off the case and the TBI received a phone call in January 2014 that the investigation was re-focused and shifted back to Adams and company.

In the end, Autry's testimony and the prosecution's case was enough to convict Zach Adams of First Degree Murder. Their decision was somewhat signaled earlier in the day on Friday when the jury asked two questions of Judge C. Creed McGinley.

While McGinley responded to the first question via a written note that he could not provide an answer, he called court back in session when they had a second question. Judge McGinley told the court the jury had a question about considering circumstantial evidence.

McGinley told the jury he was not allowed to comment on the evidence because they were the judges in the case and had to evaluate evidence based on their own observations. He then released them back to deliberations and they had a verdict within the hour.

In the end, Autry's testimony and the prosecution's case was enough to convict Zach Adams of First Degree Murder. Their decision was somewhat signaled earlier in the day on Friday when the jury asked two questions of Judge C. Creed McGinley.While McGinley responded to the first question via a written note that he could not provide an answer, he called court back in session when they had a second question. Judge McGinley told the court the jury had a question about considering circumstantial evidence.

McGinley told the jury he was not allowed to comment on the evidence because they were the judges in the case and had to evaluate evidence based on their own observations. He then released them back to deliberations and they had a verdict within the hour. 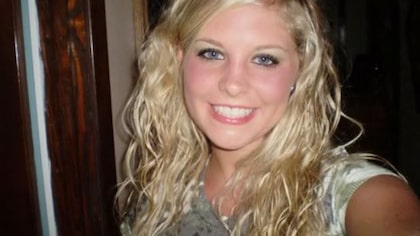 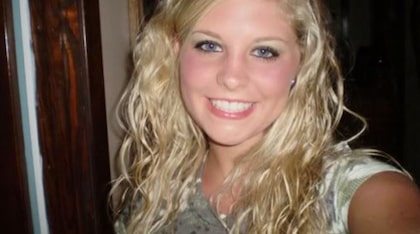