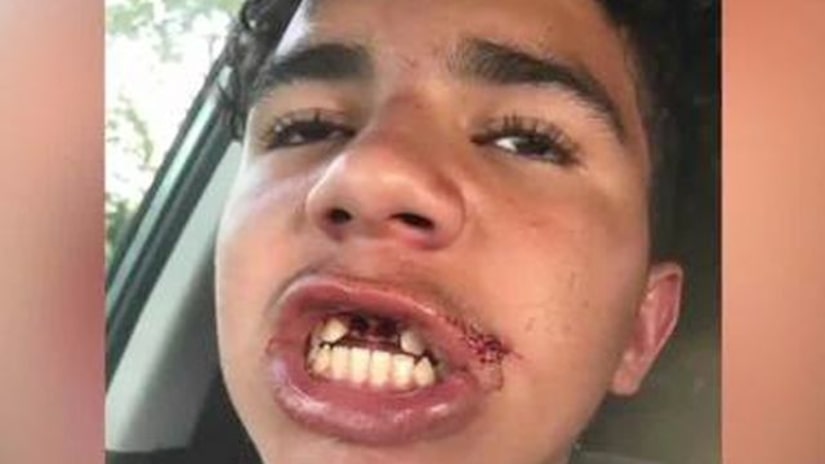 CHARLOTTE COUNTY, Fla. -- (WPTV) -- The mother of a 12-year-old child who was punched in the face by an adult is wondering why the man was not arrested.

“He was screaming at us, cursing at us, calling us the 'n-word' and he came down to the middle of his yard, and I was like 'who are you talking to?' and he said 'come within arm's reach and I'll show you who I'm talking to,'" said Malikai Villatte, the 12-year-old who was punched.

A picture of Malikai after the incident showed his two front teeth were knocked out. The young boy also received stitches to heal a gash on his mouth.

“When I realized my teeth were dangling in my mouth it was kind of shocking, I didn't know what was going on," said Villatte.

Villatte's parents are upset because the man who punched Malikai was not arrested.

Lataevion Graham, 13, said he witnessed the incident and claims the man spat on them after punching Malikai. Graham's father says he wants justice for the children.

According to a Charlotte County Sheriff's Office incident report, the man who punched Malikai was 27-year-old Vincent Cerfalo.

“Originally this is where the altercation took place, right here," said Cerfalo.

FULL STORY: Florida mother upset the man who punched her child was not arrested - WPTV