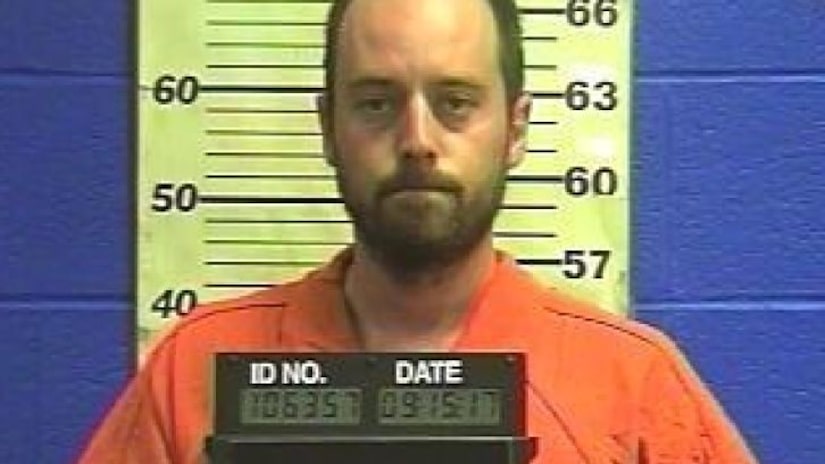 MANCHESTER TOWNSHIP, York County, Pa. -- (WPMT) -- A 31-year-old man who had been kicked out of his parent's home is accused of turning on the gas to their stove, spreading butter and mayonnaise throughout their kitchen, and leaving a note with a large knife stuck through it on their table, according to a criminal complaint.

All this came one day after the suspect allegedly escaped from police after leading them on a high-speed chase and crashing his car.

Meraklis' trouble began at 10:09 p.m. on September 3, when Meraklis' father called Northern York County Regional Police to report that his son was yelling and throwing things around their home on the 3100 block of Sorrel Street.

When police arrived, Meraklis' parents told them he was upset because he had found out they were selling the house, according to the criminal complaint.

Meraklis, who was intoxicated, allegedly threw food around the kitchen, dumped water on the floor, and left on foot, his parents told police.

A search of a criminal database revealed Meraklis had a suspended driver's license for DUI, the arrest affidavit says. Police parked near Meraklis' home, where they later observed him getting into a silver Nissan and speeding away, the criminal complaint says.

Police gave chase, and Meraklis allegedly ignored their flashing lights and sirens, allegedly speeding through two stop signs at more than 80 mph, according to the criminal complaint. After losing sight of Meraklis' car, police eventually ended their pursuit, citing safety concerns, the arrest affidavit says. But police later found the silver Nissan abandoned and damaged on Stillmeadow Lane near Detwiler Drive. Police could not locate Meraklis, the criminal complaint states.

At 6:42 a.m. the next morning, Meraklis' parents summoned police to their home again, according to the criminal complaint. Meraklis' father told police that when he woke at 6 a.m., he found the gas to his kitchen stove turned on, though the burner was not ignited.

Meraklis' father told he was afraid of his son due to his son's state of mind, the arrest affidavit states. He allegedly told police that Meraklis had threatened to kill him several times over the past month.

The arrest affidavit states that Meraklis allegedly spread butter and mayonnaise throughout the kitchen and on the ceiling, and allegedly used the butter to help stick bread onto the kitchen walls. A handwritten note on the table — pierced by a knife — included the phrases “When I get out of jail or even before I will not forget,” and “Sorry I got piggish,” among other obscenities, the arrest warrant states.

Meraklis' parents also found a toilet broken, a thermostat pulled off the wall, damage to the blinds in their kitchen, and water all over the floor, according to the arrest affidavit.