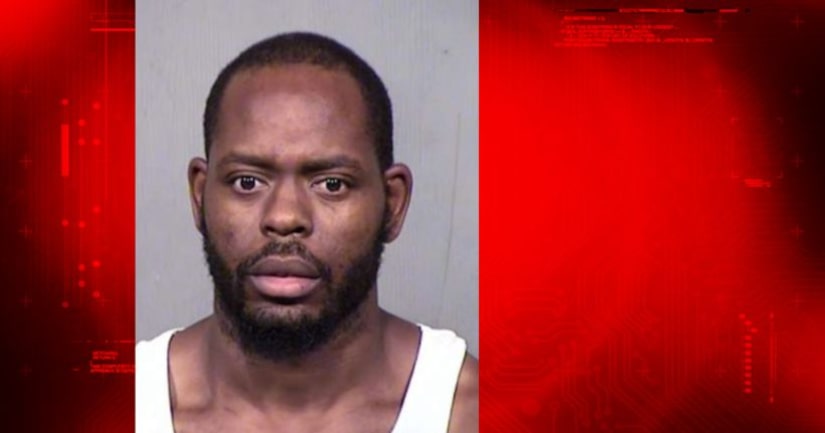 MESA, Ariz. -- (KNXV) -- A Mesa man is accused of using a clothes hanger to choke his five-year-old son.

Mesa police report that on September 12 they were contacted by school officials regarding a 5-year-old boy who came to school with marks on his chest and neck.

A nurse documented "cuts and scratches on the child's head, chest, and marks on his arms."

The boy reportedly told police that his father, 30-year-old Patrick Lamont Smith, choked him with a white clothes hanger, and cut his arm with a knife.

Police went to the home, near Lindsey and Broadway Roads, where the other children in the home allegedly corroborated the victim's story and told police, "The child was the only one abused that day."

Smith reportedly told police that he has a white clothes hanger that he uses to threaten the children when they misbehave.