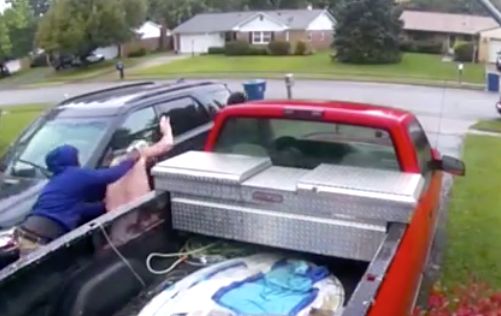 WXIN
WXIN - "Shut the garage and we're going to finish the job."

INDIANAPOLIS, Ind. -- (WXIN) -- Police are searching for the gunmen who attacked a grandfather in his driveway. Home surveillance cameras captured every second of the crime.

“It’s just really kind of scary because when it happens you realize the danger but when you see it’s ten times worse,” said David McElhiney, victim.

Around 10:30 Tuesday morning, David McElhiney says he was attacked from behind as he was grabbing a car seat from his garage, getting ready to take his granddaughter to the Children’s Museum.