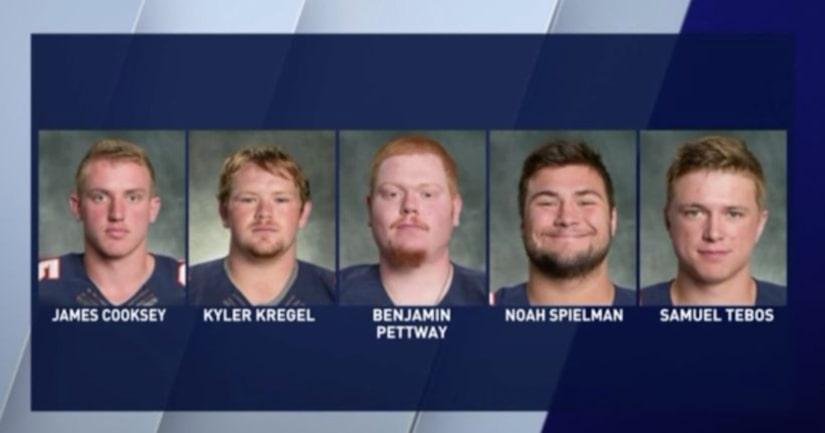 The Wheaton deputy police chief tells WGN that none of the accused players have turned themselves in yet. They have a week to do so.

The football players are accused of restraining a freshman teammate with duct tape, beating him and leaving him half-naked with two torn shoulders on a baseball field.

A DuPage County judge signed arrested warrants for the players. The men are expected to turn themselves into authorities this week.

In a statement, the victim said he was in his dorm room when the players entered the room and tackled him. They duct taped his legs and put him in the back of a teammate's car.

The victim said they made offensive comments about Muslims.

The freshman said his teammates repeatedly tried to insert an object into his rectum. When the victim told them to stop, he was beaten.

In the statement, the victim said they then took him to a baseball field and left him there half-naked.