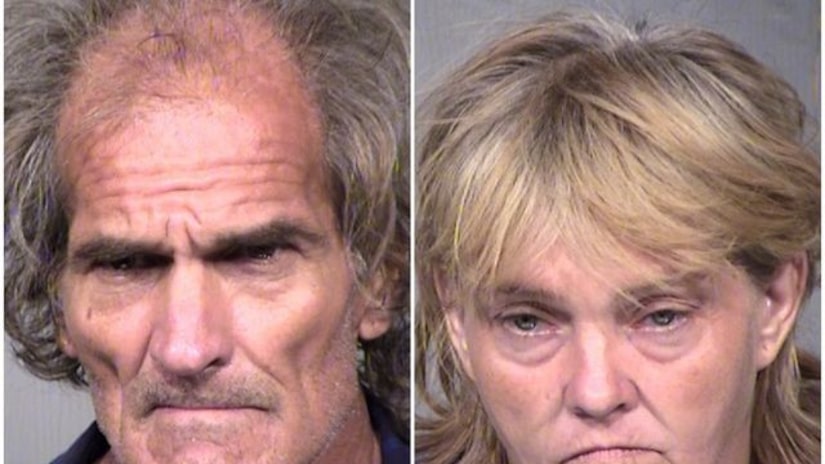 PHOENIX -- (KNXV) -- A man was left in a Phoenix home, bound with a broken leg for days before a neighbor heard his cries for help.

Phoenix police report that on August 31, they responded to a home near 35th Avenue and McDowell Road where they found a man with a broken leg. He was bound with zip ties just inside the front door. The victim told police that he was in the house for two to three days before he managed to crawl to the front door and yell out for help.

The victim reported to police that he allowed two homeless people, 53-year-old Richard Anthony House and his wife 47-year-old Jessica Kareen House to stay in his home. One night Richard allegedly yelled at the victim for looking at his wife and punched the victim, causing him to fall. The victim's leg got caught between some furniture, and he broke his leg as he fell.

The victim says he was bound with zip ties and poked with a steak knife by Jessica as they discussed what to do. They left the house, stealing the victim's car.

Hospital officials reportedly told police that the victim did in fact show signs of someone who had been without food or water for two days.