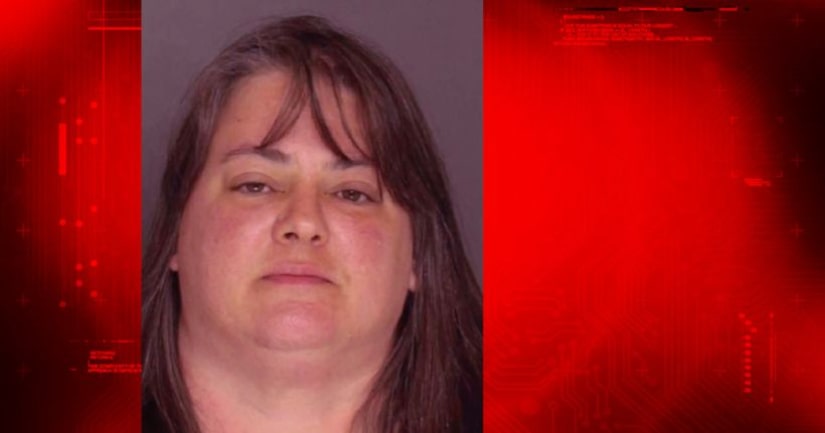 YORK COUNTY, Pa. -- (WPMT) -- A woman who thought her husband was trying to kill her faces charges after allegedly striking him in the arm with a machete.

On August 25, Pennsylvania State Police received a report of a female off of her medication acting violently. A trooper was dispatched around 7:35 p.m. to the 300 block of Kralltown Road in Washington Township.

According to the affidavit, the victim, Alexandre Pegado, told the trooper that his wife, Deborah Pegado, had a panic attack and thought someone was trying to kill her. Mr. Pegado then said that his wife went upstairs and locked herself in the room before returning to the first level of the residence. At that point the 52-year-old wife said, “I have a surprise for you” and struck the husband in the left arm, the affidavit states.

Police made contact with Mrs. Pegado around 8 p.m. She told the trooper that she has been hearing and seeing things lately, online documents say. Mrs. Pegado explained to the trooper that she has been paranoid and thinks people are attempting to hurt her. She corroborated her husband's story, adding that she woke up from a nap and thought he was trying to kill her from the stove's gas.

The affidavit says Mrs. Pegado bought the machete two weeks ago to protect herself.

FULL STORY: Police: Machete-wielding woman said, 'I have a surprise for you' before striking husband - WPMT